This report had the first supply and demand tables for 2020-2021 grains. New crop corn demand was expected to drop 300 million to 400 million bushels from what had been expected two months ago. For nearly two months many had expected new crop corn ending stocks to reach 3.3 to 3.7 billion bushels. Some have already expected the front number would be at least 4 billion bushels. Shrinking demand for ethanol and lower exports have been the primary drivers for corn ending stocks to increase for both old and new corn. This demand loss has pushed the July CBOT corn to several new record lows in the past month.

World wheat stocks are record high. Rains in both Europe and Russia have improved ideas for higher production in both regions. July Kansas City wheat closed last night below the $4.77 which was the 50-day moving average. Both Chicago and Kansas City wheat have been on the defensive since mid-April.

The weekly U.S. Crop Progress Report last night had the U.S. corn planted at 67% and U.S. soybeans at 38% planted. The corn planting pace is above average and throws out the potential for planting delay rallies this spring. Temperatures over the weekend were freezing and below for much of the Midwest and Upper Plains as they reached the coldest temperatures since 1966 for this time of year. It appears to not be a game changer at this time. Some damage was expected but not widespread damage across multiple states.

China has been a buyer of both old and new corn and soybeans from the U.S. this past week. Ten days ago the total for China’s purchase of U.S. agricultural goods stood at $14.5 billion. Many are doubting China will be able to reach the $36 billion level spelled out with the signing of the Phase 1 trade deal earlier this year. Late last week there was a scheduled phone call between U.S. and China trade officials. Both sides reported progress was made with that phone call. Additional trade talks are expected in coming weeks. 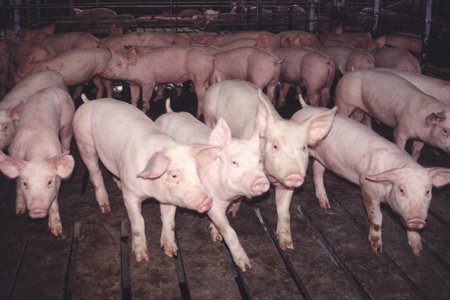