The spring planting season in 2020 has started very different from that of a year ago. In some parts of Ohio, planting is well along, while in others, it is just getting started. As farmers head to the field to plant soybeans, the low commodity prices are in their minds. One way farmers have been attempting to reduce the cost of production is by lowering seeding rates for soybeans.

“Ohio State University Extension has been doing a good deal of soybean seeding rate research across the state for the past three years with the e-Fields program. Research has been done for 6 or 7 years in Western Ohio, and what we are finding is that farmers are typically moving that seeding rate down to a population of around 120,000 seeds per acre at planting, across the state,” said Sam Custer, assistant director for Agriculture and Natural Resources, and Ohio State University Extension educator in Darke County.

When it comes to final yields, research is showing that the soybean plant adapts to the final population to optimize yield.

“We have found that the soybean plant is very adaptive. We have research data from 2018 when we had a somewhat normal year that showed the majority of soybeans in Ohio yielded the same regardless if the seeding rate was 80,000 or 200,000,” Custer said. “We are fairly confident to say that in a normal planting season, the lower planting populations will yield the same as the higher planting populations.”

A production goal every year is to get soybean canopy closure as early as possible to conserve soil moisture and reduce weed pressure.

As the planting season rolls on into the middle of May, though, growers may consider the need to increase soybean seeding rates.

“We have found that as we move to later planting dates, we may need to increase planting populations,” Custer said. “In the first week of May, I would recommend 120,000 seeds per acre, however as we get closer to the end of the month, farmers may want to increase the rate closer to the 140,000 to even 160,000 seeds per acre. The goal is to increase the population in hopes to get a canopy closure sooner in an effort to reduce soil moisture loss due to evaporation, and also to suppress weed pressure.”

The weather forecast has low temperatures and the risk of a hard frost or freeze in coming days. Across the state, there are some early planted soybeans that have already emerged.

“With the forecast of early morning temperatures below freezing for several hours, there is the chance for damage,” Custer said. “I would remind growers to wait about a week after the cold weather to evaluate that stand and see what damage actually occurred before they go and replant. Even if the initial stand was thinned from the cold temperature injury down to 80,000 or 100,000, there is still a very good possibility to have a good yield. Our research has shown that the soybean plant is very adaptive and will compensate for the lower plant stands.” 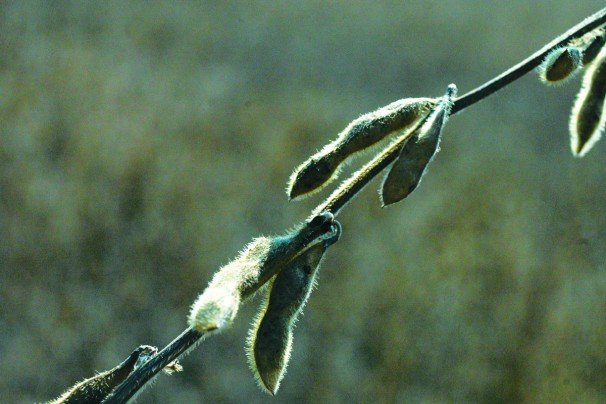