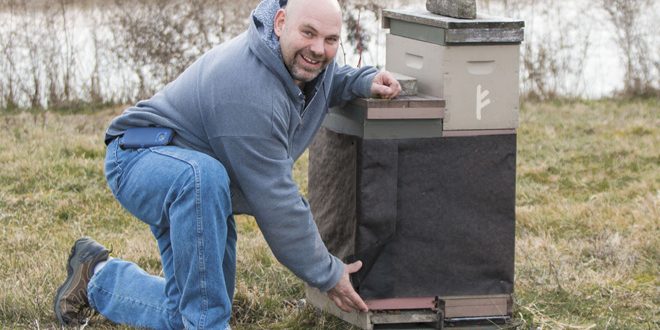 Ron Zickefoose is the owner of Grandpa’s Farm, a 100-colony apiary in Creston.

Perhaps one of the most significant and overlooked species of farmed livestock in Ohio is the honeybee. Much like any other livestock species, honeybees require food, water, protection from the elements, parasite management and general health care. At the same time, these vital “livestock” are essential to the production of many fruit and vegetable crops in Ohio.

Ohio has a long history in the beekeeping industry. Two notable members of beekeeping history called Ohio their home. Amos Root, inventor of a beehive that allowed apiarists to harvest honey without destroying the hive, was from Medina. His business still exists there today. L.L. Langstroth, who lived in Oxford and Dayton for periods of his life, invented the Langstroth hive, a vertical hive that remains extremely popular.

Today career apiarists have been replaced by hobbyists and sideliners as the art of beekeeping has been more commercialized. Ron Zickefoose , owner of Grandpa’s Farm, a 100-colony apiary in Creston has been beekeeping for over 20 years. Currently he serves as the president of the Tri-County Beekeepers Association, which recently hosted their annual spring workshop.

“It’s one of the most well-attended workshops in the country,” Zickefoose said. “We bring in about a dozen experts for a two-day seminar.”

Topics at this year’s workshop ranged from beekeeping microbials to beekeeping’s role in almond production. Nearly 900 attendees from five or more states gathered in Wooster for the event, which also included a honey baked goods contest.

“I’ve always enjoyed the bees, they’re an amazingly designed creature. To learn about them and all their nuances just points to creation. Plus you kind of get to do something that’s a little odd,” Zickefoose said with a chuckle. “I would say beekeeping today is probably harder than it used to be. We have to be mindful of our hive placement because of pesticide usage and there’s also the Varroa mite, which causes a lot of problems.”

Zickefoose raises and sells queen honeybees and nucleus colonies to other beekeepers, as well as honey and wax. Additionally, Zickefoose is a hive inspector with the Ohio Department of Agriculture. Hives are inspected for signs of disease and parasites, to ensure the health of Ohio’s honeybee population.

According to the Ohio Department of Agriculture, 24,220 bee colonies were inspected in 2019 and 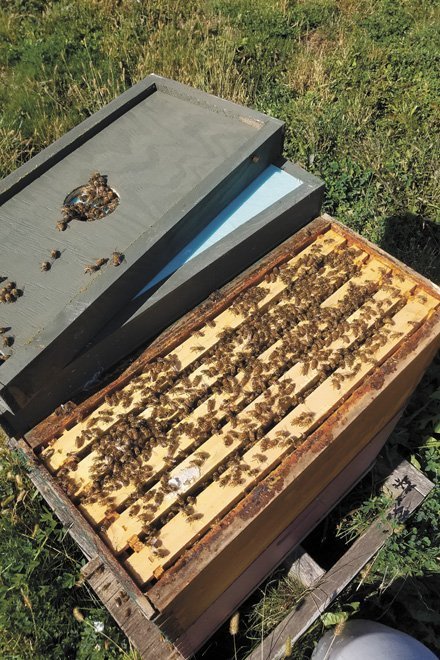 nearly half had evidence of varroa mite infection. Varroa mites are parasites that host on honeybees. Not only are the mites problematic, but the viruses they carry are also devastating to bee colonies.

“It’s really a delicate balance in getting rid of Varroa mites,” Zickefoose said. “You’re essentially killing a bug that’s on a bug.”

Besides the use of chemicals to rid bees of varroa mites, there’s also the option to breed bees that are just naturally more resistant to Varroa. Reed Johnson, associate professor of entomology at the Ohio State University, shares that honeybees were one of the first animals that were bred for behavioral traits.

“It’s quite amazing really, when we began breeding honeybees is when the science community realized that there’s a genetic component to some behaviors,” Johnson said. “So we started to breed for bees that were more Varroa resistant because they were more hygienic, essentially they would groom the mites off of themselves.”

Resistance for disease and parasites aren’t the only thing beekeepers are breeding for either. Zickefoose has very specific qualities he is looking for in honeybees.

“Since we live here in Ohio, I want bees that are going to winter well and have good survival rates. Bees bred in warm temperature areas don’t do as well, obviously in our Ohio winters,” he said. “I also want docile bees. I recently bought some bees that were more resistant to the mites, but they were stinging me all the time.”

There are six main breeds of honeybees in the United States, each with their own unique characteristics. Where some excel in overwintering ability, other breeds might excel in other areas such as pollination and honey production.

“I guess the bees I raise are somewhat mutts, they’re a combination of traits and characteristics I like,” Zickefoose said.

Essentially, crossbreeding and hybrid vigor apply to the honeybee world just as well as it does to other more traditional species of livestock. Besides the varroa mite, there are plenty of other things beekeepers have to be aware of to have successful hives. Pesticide use is a huge concern. Ohio was once filled with far more pasture and open grassy areas, perfect for honeybees. Today, many of those grassy areas have been converted into production land for corn and soybeans.

A recent study Johnson and his team are working on is the relationship between honey production and row crop production.

“We are especially interested in how honeybees are interacting with corn and soybean crops,” Johnson said. “Particularly, we are curious as to how soybean production and honey production go hand-in-hand.”

A fair amount of the honey being produced in Ohio can be traced back to soybeans.

“Soybeans are one of our most important pollinator crops in Ohio just based on shear amount of acreage,” Johnson said. “They produce a nectar and the amount of nectar truthfully just depends on variety and things like that, so we are looking at those variables. We’ve also seen some studies that can suggest an increase of honeybees in the area also leads to an increase in soybean production, which would be a real win-win situation for both beekeepers and farmers.”

When it comes to production agriculture, there is one particular time of the year when farmers should try to be a bit more cognizant of honeybees in the area. 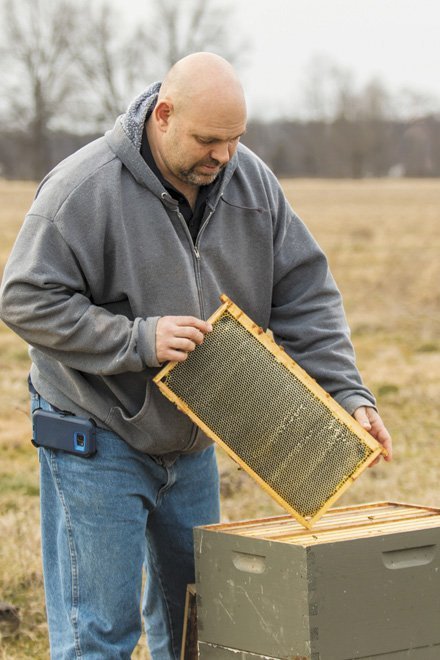 “Planting time is one of the most dangerous times for honeybees,” Johnson said. “When seed corn that has been treated with a neonicotinoid is being planted, some of that pesticide dust enters the air. That dust particle can be highly dangerous to honeybees flying by.”

Moderate bee kill is not uncommon during planting season. Equipment manufacturers and seed companies are aware and have been actively working to minimize the effects of that chemical chipping off the seed. To prevent or minimize the loss even further, Johnson suggests farmers can clean out planters away from where bees would encounter the dust.

Recently, many non-profit organizations and even for-profit businesses have made a big push to “save the bees.” While Johnson suggests that the number of honeybees is driven largely by economics and the law of supply and demand, there are opportunities for everyone to support honeybees. Anyone who owns a yard or a space for a flower bed can encourage honeybee activity.

“Perhaps you leave the dandelions or clover in your yard grow a little while before mow them, since they are very attractive to bees,” Johnson said. “Planting flowers is always a great thing to do too, especially good pollinator plants.”

While many grains in Ohio are self-pollinators, orchards, pumpkin patches, blueberry patches, many vegetables and fruits rely on bees to grow. The USDA reports that one in three bites of food rely on a pollinator, most commonly a honeybee.

“If we didn’t have honeybees in Ohio, our diets would be pretty boring,” Johnson said.