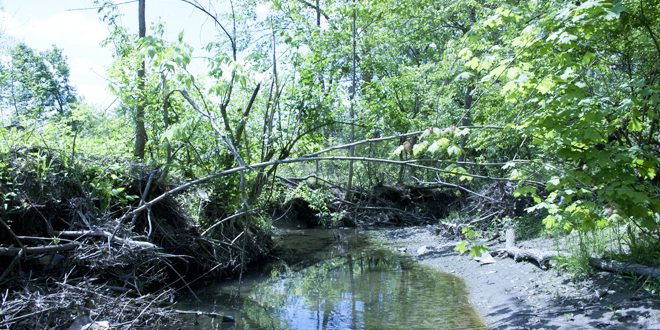 Even with most of the country shut down, the U.S. EPA and the Supreme Court recently released an important rulemaking and a decision, respectively, regarding how parts of the Clean Water Act will be interpreted going forward. On April 21, 2020, the EPA and the Department of the Army published the Trump administration’s final rule on the definition of “waters of the United States” (WOTUS) under the Clean Water Act (CWA). Then, on April 23, the Supreme Court released its long awaited opinion determining whether or not pollutants from a point source, which are released and then carried by groundwater into a navigable water, must be permitted under the CWA.

So what is included in the administration’s new definition? The following are defined as WOTUS, and therefore subject to the CWA under the new rule:

Importantly, the new rule also includes an extensive list of what waters are not WOTUS, and therefore will not be protected by the CWA:

Currently, the 1986/1988 rules are the law of the land until this new rule goes into effect on June 22, 2020. While this is the so-called “final” rule, chances are that it will be anything but final. Like Obama’s 2015 rule, this new 2020 rule will probably be subject to lawsuits, this time from environmental groups and some state governments. If you want to know more about WOTUS, our colleagues at the National Ag Law Center have created a very helpful timeline that explains all the different definitions of waters of the United States.

U.S. Supreme Court determines the scope of a “point source”

The CWA requires the polluter to obtain a permit from the EPA if pollutants are being discharged from a point source into navigable waters. Under the CWA, “point source means any discernible, confined and discrete conveyance, including but not limited to any pipe, ditch, channel, tunnel, conduit, well, discrete fissure, container, rolling stock, concentrated animal feeding operation, or vessel or other floating craft, from which pollutants are or may be discharged.” The term “navigable waters” is defined as “the waters of the United States, including the territorial seas.”

In County of Maui, Hawaii v. Hawaii Wildlife Fund et. al., the United States Supreme Court was tasked with determining whether water treated by the County of Maui, which is pumped into the ground water and then travels about half a mile before it goes into the Pacific Ocean, requires a point source permit from the EPA. Ultimately, in a 6-3 majority led by Justice Breyer, the court decided that yes, in this case, a permit would be required. However, that does not mean that every conveyance through ground water will have the same outcome.

So, how did the court come to this conclusion? First, Justice Breyer examined the meaning of the word “from” in the CWA. Remember that the definition of a point source “means any discernible, confined, and discrete conveyance…from which pollutants are or may be discharged.” On one hand, Breyer says that the Ninth Circuit’s definition of “from” was too broad, and on the other, he says that Maui’s definition was too narrow. The Ninth Circuit adopted a “fairly traceable” approach, meaning that permits would be required for any pollutant that is “fairly traceable” back to a point source. Breyer and the majority say that the Ninth Circuit took it too far, because then any pollutant that travelled for years and years or many miles could be considered to be “from” a point source. Maui County argued that “if at least one nonpoint source” is “between the point source and the navigable water,” then no permit is necessary under the CWA. The majority felt this was too narrow, because then every time a pollutant was moved along to a navigable water by a little bit of rainwater or a small stretch of groundwater, the polluter would be free to pollute without a permit. In other words, there would be a huge loophole in the statute — because the polluter or “pipe’s owner, seeking to avoid the permit requirement,” could “simply move the pipe back, perhaps only a few yards, so that the pollution must travel through at least some groundwater before reaching the sea.” What is more, Breyer cites congressional actions and history to interpret that Congress did not mean to make the statute as broad as the Ninth Circuit found it to be, nor as narrow as Maui County and the EPA suggest.

If the majority determined that one side read the statute too liberally and one too narrowly, then in what situations are point source permits required? Well, the court takes a kind of “we know it when we see it” approach. The court says that a permit is required “when there is a direct discharge from a point source into navigable waters or when there is a functional equivalent of a direct discharge.” The court further explains this language saying that a “functional equivalent” happens when pollutants reach the “same result through roughly similar means.” The court then provides some examples. For instance, a permit is obviously needed if a pipe ends just a couple of feet from a navigable water, and the pollutants then travel underground or across the land to the navigable water. However, “[i]f the pipe ends 50 miles from navigable waters,” the pollutants would travel through a long stretch of groundwater, mixing with other pollutants, and taking years to reach the navigable waters. In this situation, the court says a permit would likely not be required. Finally, Breyer lists relevant factors to consider when determining whether a permit is required:

Note that other factors could apply. In addition, the court says that time and distance will often be the most important factors, but not always. In the future, the EPA and lower courts will use this guidance to determine whether or not a point source permit is required.

Two major actions took place in April that will guide how the CWA is carried out going forward. Trump’s WOTUS rule could be taken down by lawsuits or replaced by the next administration, and the Supreme Court’s ruling may be further clarified by future decisions. As of today, though, these are the guidelines for implementing the CWA. 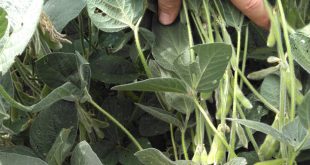 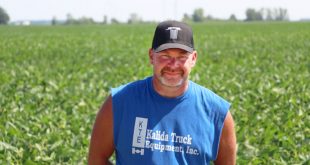 How will they yield? 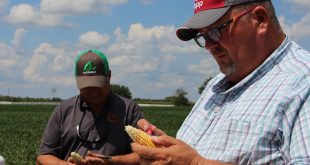 Plenty to learn in the 2020 Virtual Crop Tour 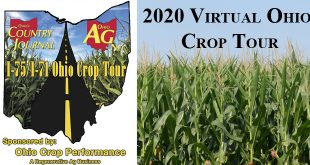