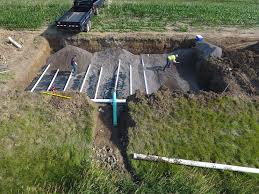 Legacy phosphorus has been a buzzword among farmers and researchers concerned with the increased P loading recorded in water samples. Ongoing research has indicated that in spite of documented reductions in applied P, and the increased use of cover crops, the P loading in the water continues. The current thought is that particulate P is most often contained in surface run-off. Dissolved reactive phosphorus (DRP) primarily from legacy P is contained in water coming through the tile lines.

Chad Penn is a USDA–ARS National Soil Erosion Researcher in Indiana. He is investigating various phosphorus removal structures and their ability to remove dissolved P from tile drainage water.

Research being done by Penn is on tile drainage water specifically from soils with at least 100mg/kg Melich 3. The target agronomic rate in the Tri-state fertilizer recommendations is 20-30 mg/kg Melich 3.

“A number of research studies have been conducted, and results have indicated that if legacy P levels are at 200 to 300 milligrams per kilogram (mg/kg) in the soil, it can take 20 to 30 years to draw them down to the agronomic levels of 20 to 30 mg/kg,” Penn said.

During this draw down period, every rain event will “flush” another load of DRP into the system, even if all P applications are stopped.

“P removal structures are designed to remove dissolved P that comes from legacy phosphorus. The P removal structures are not used to control recently applied manure or fertilizer. There are other management practices that are currently used to control the P in applied manure and fertilizer,” Penn said. “The reason for research and work in controlling dissolved P is that it is a more potent eutrophication agent than particulate P. Aquatic organisms can immediately uptake dissolved P from the water.”

To capture this DRP, removal structures are being installed and studied.

“There are three necessary components to make P removal structures work,” Penn said. “First, they must have effective phosphate solubilization materials (PSM), which is the filtering material, and have it in sufficient quantity. Second, they must have a sufficient flow rate and time of contact with the PSM. Finally, they must have the ability to retain and replace the PSM. As long as you have these three components, the DRP removal will occur.”

Selecting the PSM becomes a matter of economics. There are manufactured PSMs and there are naturally occurring materials and byproducts that can be used as PSMs.

“The manufactured PSMs are very efficient, but the price is so high that they are often cost prohibitive. There are several PSMs manufactured in Ohio. The final cost will play a huge role in determining if they should be used,” Penn said. “It becomes a mathematical calculation of how much P can be removed and how much PSM is needed to remove it. This is different for each PSM. It is also different for each P reduction structure style, based on flow rate and contact time of the water through the structure.”

There are a number of decisions a farmer must make when planning to install a P reduction system. The location, number of acres to be treated, and ease of access are just a few.

“In the engineering process of the P removal structure, the farmer and engineer determine what percent of P they wish to remove over the life of the structure. Based on that, a cost can determined as to the size, materials, and ability to replace or recharge the PSMs that will be used,” Penn said. “An engineer will determine the necessary size of the structure and orientation based on the landscape and tile and drainage system.”

On-farm P removal structures are not cheap, but can be more cost effective than other alternatives long term.

“Looking at the economics, wastewater treatment cost to remove P is $50 to $800 per pound of P removed. P removal structures are within that range, but consideration must be given that dissolved P removal and non-point sources are more difficult to treat than a controlled wastewater system,” Penn said. “The cost of P removal using rechargeable media is nearly cut in half at each regeneration. Metal shavings shows promise to be the most economical.”

New substances to be used as PSMs are being evaluated continuously. The development of less expensive manufactured media also shows great promise. 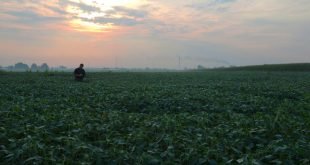 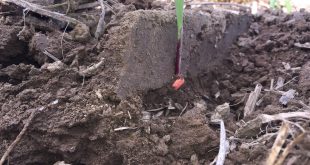