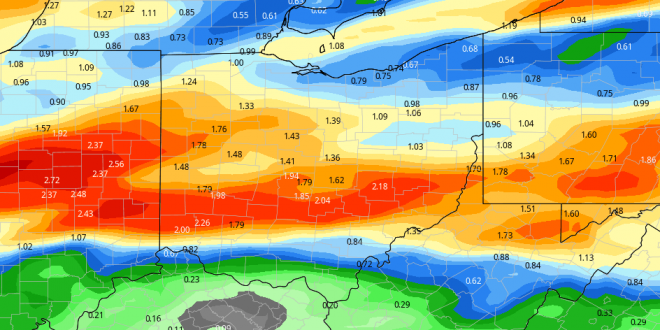 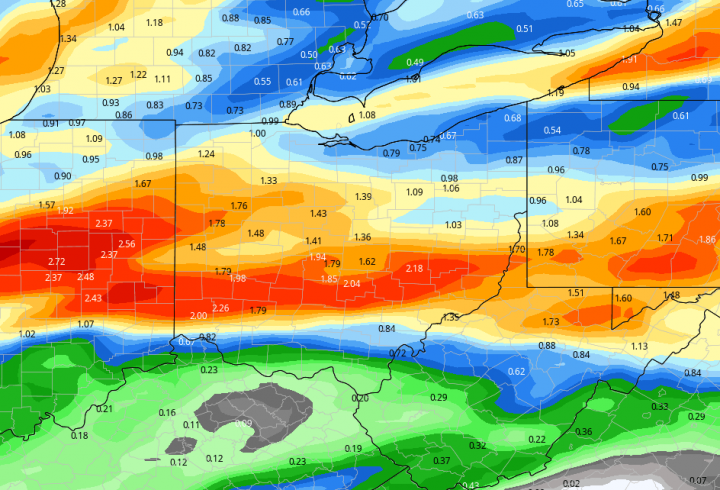 A wet finish to the week is on the way. Today we will see clouds increase, especially this afternoon, as moisture starts to move in from the west. We think most of the shower activity waits until after sunset and toward midnight to get going, but we wont rule it out sooner. The first wave of moisture from later today through the overnight will be mostly over the northern half of the state. Then through the day tomorrow and Saturday, we see several more waves move through. We have to keep an eye out for thunderstorms on Saturday, especially central and southern parts of Ohio. Rain may linger into Saturday night, but we think moisture exits early Sunday. Rain totals will be from half to 2″ over 100% of the state. Those rains spread out pretty evenly over the 2.5 day period, and will have an on and off characteristic. The map at right shows our latest look at cumulative moisture potential.

Colder air comes in behind the front on Sunday. Clouds likely dominate through the day, but at this point we are pushing a drier outlook on the day. We think the circulation behind the front takes lingering moisture a bit farther north. Still clouds lead to a gray, damp outlook for the finish of the weekend.

Next week we are dry Monday, Tuesday, Thursday, Friday and Saturday. There is no change in our thoughts on Wednesday. A strong system passing by mostly to the south will still be able to throw moisture up into Ohio on Wednesday. Showers will be most frequent and intense over the southern half of the state, but we will look for rain next Wednesday with 75% coverage statewide. The best place to see little to no action will be in far NW Ohio. AS for the rest of the state, rain totals will be .25″-1″.

The extended period has a chance for rain next Sunday, but then dry for the following Monday through at least the following Wednesday. So, the pattern as we move into April looks drier, at least at this time. 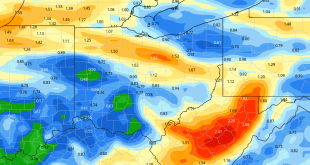 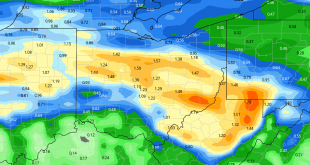 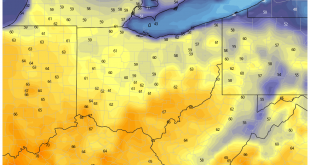 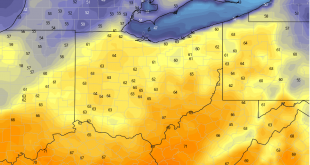