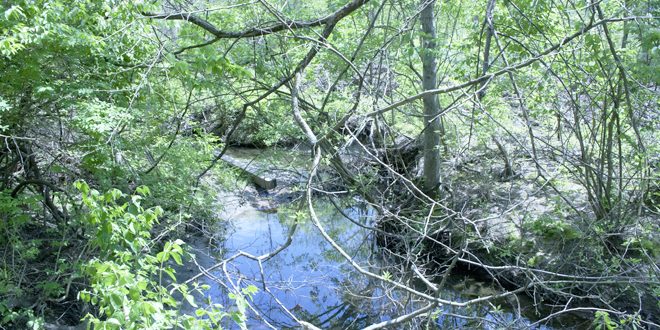 Identifying factors that influence flow and nutrient loss was the topic of a presentation by Brittany Hanrahan, research biologist with the ARS Soil Drainage Research Unit in Ohio at the Conservation Tillage Conference.

“We know that storms can contribute disproportionately to cumulative annual phosphorus (P) and nitrogen (N) losses during the year,” Hanrahan said. “The big picture is that excess P and N fuel algal blooms and have negative impacts. Excess P and N fertilize the algal blooms which eventually die and decompose stripping oxygen from the water causing hypoxic zones. There are over 400 different hypoxic zones found in the world today.”

Data collected in the edge of field studies show that peaks in water discharge coincide with peaks in precipitation events. Surface runoff levels of P and N differ from tile discharge levels.

There is large variability in flow and nutrient response for any given precipitation event.

“Over 80% of the variability in DRP and N load remains unexplained,” Hanrahan said. “We need to look at other variables rather than just precipitation alone to further explain this.”

“Water quality is influenced by source, mobilization, and delivery,” she said. “Source is the amount of P or N that is in the soil profile; mobilization are the processes that control the release of nutrients, or make P and N available; and delivery includes the transportation pathways, such as surface or subsurface flow.”

Each of these factors (source, mobilization and delivery) are controlled by number of sub-factors.

“Land cover, land use and management, atmospheric deposition, geology and soil properties, climate, topography and catchment hydrology all factor into those things that influence water quality in a number of different ways,” Hanrahan said.

“This model included all the weather variables that we could think of, including the event precipitation, duration, intensity, previous 7-day precipitation, daily maximum temperature, and day of the hydrologic year,” Hanrahan said. “We also included field properties such as drainage area and average field slope. The model considered management practices that might affect event discharge, such as the number of tillage events in a given year, and the management system, such as no-till, or conventional, and also tile spacing. Soil properties including sand, silt, and clay content, soil organic matter levels, the soil C:N ratio, soil levels of Al, Fe, S, as well as soil test P and NO3-; and finally hydrologic variables such as event discharge, time to peak flow, and time to receding.” 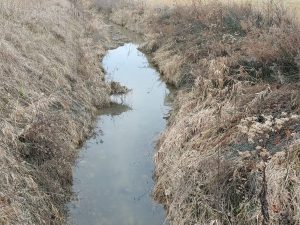 All of the positive and negative effects can point to targeted management opportunities for the farmer. Factors that influenced nitrate and DRP load at the surface were very similar.

“A farmer can manage flow, they can manage fertilizer application in terms of the amount of fertilizer applied, and the timing of application. A farmer needs to consider the soil test P levels in the field,” Hanrahan said. “Soil Aluminum level was one thing that showed up notably more than once in the study, and will need to be researched further as to possible impacts.”

The multiple linear regression model, is very involved, but necessary in projects such as this with multiple influencing factors.

“The important part of this analysis is that we are considering all the factors together rather than individually, which is a systems approach. That confirms what we knew. Trying to figure out which factors interact with each other to know what is causing the responses is the next step. Once these are put into a model, we can figure out what we can manage to get reductions in the responses to the interactions,” Hanrahan said. 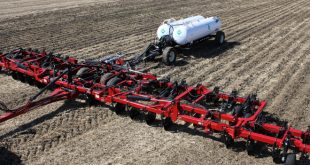 Nitrogen management continues to be a water quality issue

What a weird year for getting crops planted

By Harold Watters, Ohio State University Extension agronomist The sun is almost shining at my …