How big are soybean farms in Brazil?

Share
By Daniele Siqueira, Ag Rural
Last week I wrote about how different Brazilian corn and soybean producing states can be in terms of weather, soil and location, since we don’t have anything like a grain belt – our farms are spread across the country, and it is a big country.

Writing about that made me look up for more information on those differences. And then I remembered that the final results of a new farm census were released in 2019, after two years of data collecting and processing. For those who like numbers —and I do! — it feels like heaven. And if one wants to show Brazilian peculiarities to an American audience, which is my case, it feels even better.

The first thing that caught my attention was the number of farms. In 2017, Brazil had 236,245 soybean farms. And what is interesting in that? The number of farms by state. In top producer Mato Grosso, there were only 7,097 soybean farms in 2017. That means that the average size of a soybean farm in the state was 1,249 hectares, or 3,086 acres.

Scale of production
Yes, that’s huge and confirms what you’ve probably already heard about producing soybeans in central Brazil. Far away from the export ports and, in the beginning, back in the 1970s and 1980s, lacking of almost everything that makes agriculture possible, Mato Grosso had (and still has) to rely on the scale of production to make the soybean production profitable.

Since the price received by farmers is based on the export parity (Chicago + export premium – port costs – truck or rail freight from port to producing region), prices in Mato Grosso are lower, for example, than in Paraná, in southern Brazil, which is closer to ports. Just to give you an idea, last week a 60-kg bag of soybeans for delivery in February in northern  Mato Grosso was at BRL 70.00 ($7.42 per bushel), while in western Paraná it could be sold by BRL 80 ($8.48 per bushel).

Much smaller farms in the South
That difference of nearly $1 per bushel partially explains why southern states have so many more farms than Mato Grosso. Paraná and Rio Grande do Sul, Brazil’s number 2 and 3 soy producers, had, back in 2017, 180,072 soybean farms — 76% of all Brazilian soybean farms and 25 times as many as Mato Grosso. The farm average size?  Fifty-three hectares, or 131 acres — 4% the size of a farm in Mato Grosso.

There are big farms in the South too, no doubt. But, since the soybean price is higher due to logistical reasons, a small farmer can profit from growing soybeans — something unthinkable in Mato Grosso. The other reason that helps explain the gap is history.

Southern states (Rio Grande do Sul, Paraná and Santa Catarina) started farming in a more organized way in the 19th century, when the first European immigrants arrived (four centuries after the Portuguese settlers) and have a strong cooperative tradition. Most people who started farming in central Brazil in the 1970s and 1980s were from the South, but they were not able to replicate the model in states such as Mato Grosso.

Working force
And that takes us to another interesting difference between farming in central and southern Brazil: the
people who operate all those farms. Considering all farms and ranches, 36% of workers are not related to the family who owns the land. Most of those workers (73%) are permanent employees. In Rio Grande do Sul (South), where farmers are smaller, only 19% of workers are not related to the owners and only 52% of them are permanent workers. 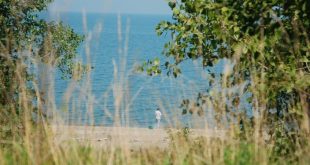