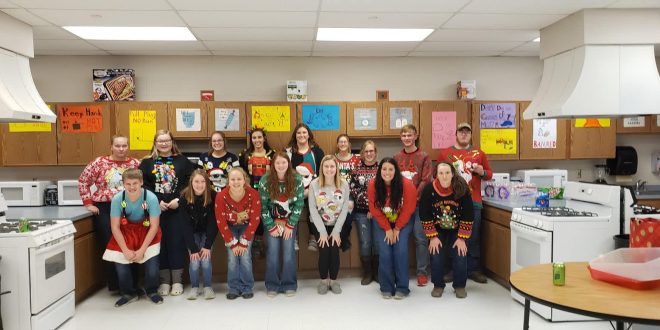 On Tuesday, December 10th, the West Holmes FFA chapter held its December meeting, where members were encouraged to wear an ugly sweater or Christmas apparel. The meeting was called to order by President Jayme Pennell. Opening ceremonies took place and then we had a motion to recess. Then we moved on to new business. We discussed fruit sales, sending freshmen and sophomores to MFE, and going to snow trails. After the meeting, each member was asked to purchase and bring an item that is worth ten dollars in value. We had many gifts, ranging from blankets to gift cards. We concluded the evening with a dessert bar.