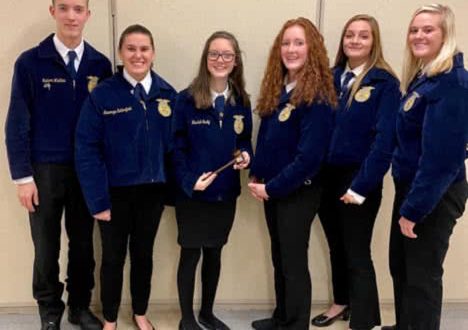 On Tuesday, November 26th 2019, the Mowrystown FFA Chapter’s Parliamentary Procedure competed in the County Parliamentary Procedure Contest at Hillsboro High School. In this contest, members test their skills on Roberts Rules of order by going through the motions of chapter meeting in an orderly fashion. Each team has a chairman, a secretary, and a few other members who make motions, vote, and more.