Home / Market Analysis / Looking back at crop marketing in 2019 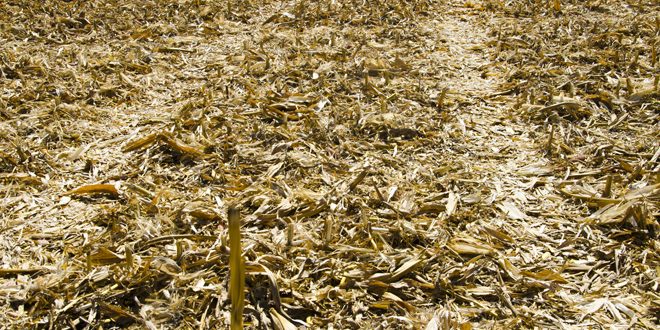 Corn and beans remained range-bound through the holidays as everyone waits for the Jan. 10 crop report and Phase 1 completion of the trade deal. Basis has also stayed strong as farmers aren’t selling, most likely because futures are lower than what farmers would like, given the year we had.

Like nearly every farmer, I wish I would have sold more corn in the summer rally of 2019. But, as we all know, unpredictable weather conditions generated a lot of surprises and uncertainty throughout the year, which had a big impact on the market.

That’s why this week I reviewed my notes from the year to revisit market conditions and my decision-making rationale along the way. Re-evaluating past decisions can bring better perspective and help me build stronger grain marketing plans in the future. Following summarizes my insights and trade decisions.

The March USDA report indicated that U.S. farmers would likely plant more corn acres than the previous year. In April, trendline yields were still expected. Given those USDA predictions, and assuming normal weather conditions, the corn carryout would have likely been huge and prices in the low $3s would have been a real possibility by harvest. At the time, planning for a normal scenario with a grain marketing strategy set to sell some corn around $4 futures seemed like a good plan.

The wet weather caused widespread planting delays, which historically has meant reduced yields on late-planted crops. By early June, 30% of U.S. corn was still not planted and many assumed record prevent plant acres would be taken. This widespread uncertainty led to increased prices with some suggesting a potential carryout with prices rivaling that of the 2012 drought year.

Seeing the substantial rally and potential upside, many farmers facing possible prevent plant acres pushed hard to get their corn planted instead. The extent of this planting push was a huge unknown at the time, and ultimately affected prices considerably at the end of June. In hindsight, I’m sure some of these farmers may now regret their decision to push so hard to plant corn in marginal conditions over taking prevent plant.

Maybe the biggest surprise of the year was that weather conditions throughout the summer were generally good, if not great, following a spring that was quite the opposite. Many feared limited root development and expected that any dryness would substantially stress the crop. While there were pockets of dryness, most areas received plenty of rainfall and severe heat waves were limited. Usually late planting years have had limited rainfall throughout the growing season, but since that didn’t happen this summer, prices never recovered.

Favorable weather continued with little or no early frost across the Corn Belt. This allowed adequate time for most of the corn to mature in time throughout the Midwest. Had there been an early frost in the Eastern states, corn might have never completely matured. This potentially could have meant much lower test weights and yields, as well as increased prices.

Unfortunately for some, weather wasn’t perfect everywhere, but it was pretty good in most areas. Many farmers in areas with poor weather conditions were understandably frustrated that the market wasn’t more responsive. However, the market is usually prepared for a few areas of under-performance, because there is never a year where 100% of the U.S. crop does well.

Basis rallied quickly in June and the spreads between futures contracts tightened as end users were worried about securing enough product. The basis continued to stay strong and the spreads were pretty tight throughout the growing season, well after the top of the market happened. A strong basis and a tight spread are generally an indicator of a corn shortage and that futures prices could rally. Usually, the spread will widen out and the basis will drop back as futures hit the top of the market, but that didn’t really happen this year.

In hindsight should I have sold more into the rally?

Yes. However, as my notes show above, there was so much prolonged uncertainty, that it was very difficult to know when and how much I should sell. The market was vulnerable to any negative weather scare or market news from July through harvest. However, in the end, significant bad news concerning yields was limited. The USDA continued to project favorable acre and yield estimates, despite the late planted crop, much to the frustration and disbelief of many farmers.

What and how much did you sell during the rally?

It was an outlier year, and my grain marketing philosophy and strategy is fundamentally based on assuming averages, historical trending and normal weather conditions every year. Since I don’t know when the market highs will happen, and the unpredictability of weather is such a big factor on prices, this approach still makes the most sense to me. It’s too hard for me to maximize profit potential with a grain marketing strategy built around unlikely events, because my risk exposure increases too much.

However, my strategy does have drawbacks. In extreme years, like 2019, I may not sell much of my production at the top of the market. Nevertheless, I accept this compromise because it’s more important for me to average out well long-term while minimizing my risk exposure. I would prefer selling my entire crop consistently at $4 every year for 3 years, then to sell my corn for $4.50 one year and $3.75 the next two. But, that’s my preference, because from my perspective, this should mean I’m in a better position to maximize my profit potential and minimize my risk exposure more consistently year after year.

In any case, while I think 2019 taught some lessons in being prepared and cautious, I’m not sure it’s the best year to model for developing a grain marketing strategy moving forward. The planting conditions were historically the worst seen in 125 years. Then, the next 4 months had some of the best weather on record. It’s nearly impossible to build an effective grain marketing strategy around the extremely bad and the extremely good both happening in the same year, especially when we haven’t seen anything like this before.

By Jon Scheve, Superior Feed Ingredients, LLC The corn market is facing a lot of …