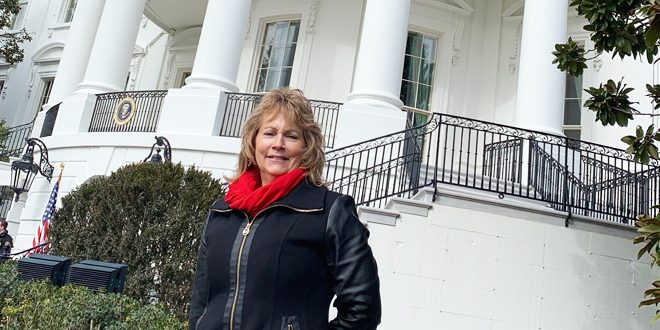 “The passage of USMCA is important for corn, wheat, and small grain growers in Ohio. Continuing to have solid trade relationships with our largest foreign markets — Mexico and Canada — cannot be overstated. Free trade agreements like this help us continue to feed and fuel the world,” she said. “Exports of corn, soft red winter wheat, ethanol, corn co-products, and small grains are vital to support a thriving Ohio economy. Therefore, developing and maintaining fair and open global trade practices remain an essential policy priority for our Association and we are happy that President Trump and Congress agree.”

“For 25 years, National Farmers Union has stood in staunch opposition to the disastrous free trade framework established by NAFTA. By prioritizing the interests of corporations over those of working-class Americans, this framework is largely responsible for our massive trade deficit, the rapid exportation of domestic jobs, the decline of wages, and the deterioration of our national sovereignty,” said Roger Johnson, president of the NFU. “Though USMCA is not a perfect replacement, it does make some important changes to its predecessor. We are particularly encouraged by the inclusion of stronger labor standards, more robust enforcement mechanisms, and better environmental protections. On top of that, we are pleased to see the partial elimination of investor-state dispute settlement (ISDS) arbitration procedure, which is the source of many of our aforementioned grievances against NAFTA.”

In 2018, Canada and Mexico took more than 40% of the pork that was exported from the United States and a similar volume is expected in 2019. The American dairy industry, in particular, could benefit significantly from USMCA.

“USMCA makes important strides to break down trade barriers, opening the door to new opportunities and supporting the flow of high-quality American dairy products to two valuable export markets,” said Tom Vilsack, president and CEO of the U.S. Dairy Export Council. “The strong enforcement measures included in the final agreement give officials the tools necessary to hold our trade partners accountable and ensure the gains secured by USMCA are completely realized. We are grateful to the Administration for the sizable accomplishments secured in USMCA on dairy. With this trade deal complete, negotiators can now turn their attention to other key markets around the world in order to gain further ground for U.S. dairy.”

“The United States-Mexico-Canada Agreement secures our valuable trade partnership with our nearest neighbors and locks in continued market opportunities for agriculture that have been developed over the past two decades,” said Frank Burkett, Ohio Farm Bureau president. “USMCA equals an increase of $2 billion in ag exports and sets the stage for new deals that will level the playing field for Ohio farmers.”

The USMCA is expected to result in a $65 billion increase in gross domestic product. Combined with the China Phase One trade agreement, the recently enacted U.S.-Japan Trade Agreement, and the U.S.-South Korea Rice Agreement, the U.S.-European Union negotiations and an agreement with the United Kingdom as it leaves the European Union there are tremendous export implications for U.S. agriculture moving forward.