The U.S. Environmental Protection Agency’s favorable conclusion in late January about the safety of glyphosate in its Interim Registration Review Decision, based on the agency’s expert review over a 10-year period, reaffirmed that the extensive body of science continues to support the safety of herbicides containing glyphosate and that the active ingredient is not carcinogenic.

“This is a win for sustainable agriculture,” said Zippy Duvall, American Farm Bureau president. “Today’s decision means farmers can continue to use conservation tillage and no-till methods on their farms to conserve soil, preserve and increase nutrients, improve water quality, trap excess carbon in the soil and reduce greenhouse gas emissions. That said, safety is our first priority and the science clearly shows that this tool is both safe and effective.”

The EPA had already confirmed its position on glyphosate last summer. Together with the U.S. Department of Justice, on behalf of the U.S. government, EPA filed an amicus brief in Roundup litigation. And, in August 2019 the EPA sent a letter to glyphosate registrants, which stated respectively that a cancer warning on products containing this active ingredient would be “inconsistent with the agency’s scientific assessment of the carcinogenic potential of the product” and would be a “false and misleading statement.”

“EPA’s latest decision on glyphosate-based herbicides adds to the long-term evaluation of leading international health authorities that these products can be used safely, and that glyphosate is not carcinogenic,” said Liam Condon, member of the Board of Management of Bayer AG and President Crop Science Division. “Glyphosate-based herbicides are one of the most thoroughly studied products of their kind, which is a major reason why farmers around the world continue to rely on these products not only for effective weed control, but also to minimize tillage farming practices, reduce greenhouse gas emissions, preserve more land for native habitats, and provide enough food to meet the needs of a growing population worldwide. EPA’s science-based, in-depth assessment by its expert team reflects a gold standard for scientific rigor that is respected by regulators and scientists across the globe.”

In its Interim Registration Review Decision, EPA also reiterated its conclusion that “glyphosate is not likely to be carcinogenic to humans” — its most favorable rating. Critics of glyphosate continue, though, to express health concerns with the herbicide.

”EPA’s announcement that it has concluded its regulatory review of glyphosate is false,” said Ryan Talbott, staff attorney at Center for Food Safety. “The truth is that after a decade of review, the EPA still has not conducted the necessary research on glyphosate’s impacts on human health and threatened and endangered species. EPA’s foot-dragging puts Monsanto’s interests ahead of farm workers, food safety, and endangered species.”

Over 40,000 lawsuits have been filed by cancer victims alleging that exposure to Roundup caused non-Hodgkin lymphoma. Plaintiffs have prevailed in the three cases decided thus far, with victims awarded roughly $80 million in each case. 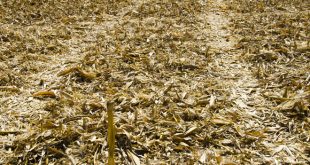