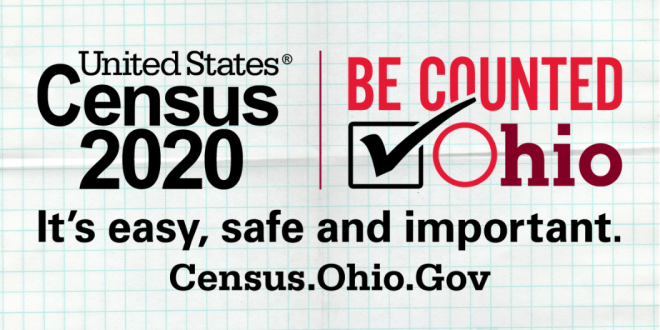 It’s time for rural Ohio to stand up and be counted.

This year is a census year. Taking a count of every person in the country is mandated by the U.S. Constitution every decade, and next year it will be easier than ever to be counted.

Results of the census impact federal community funding as well as representation in Congress.

Starting in mid-March 2020, information on completing the census will be mailed out to every address in America, with detailed instructions on how to complete the form.

April 1, 2020, has been designated “Census Day.” That is the day that the “snapshot” of the country will take place. Everyone is encouraged to count themselves where they are on that day. The census will be able to be completed online for the first time, as well as through the mail and via telephone. Door-to-door census takers will be around in May and June in an attempt to record anyone who has not already been counted.

“The goal is to count everyone just one time,” said Gwen Wolford, a Census Bureau partnership specialist in central Ohio. And by everyone, she means everyone. “Children under 5 years old are the most undercounted group in the country,” she said. “Imagine what that might do to child or school resources in a community (if they aren’t counted).”

It also includes any workers — migrant or H2A — who might be living on a farm in Ohio. The data collection serves no other purpose than to allocate $675 billion across the country for local programs, services and representation, Wolford stressed.

“The U.S. Census doesn’t share data with anyone,” she said. “Not law enforcement or ICE (U.S. Immigration and Customs Enforcement). No one.”

Wolford is working with county complete count committees in central Ohio to spread the word about participating in the census at a local level.

Ohio Farm Bureau volunteers will be serving on those county census committees throughout the state to make sure everyone living in a rural area completes the census.

He said making sure every individual is counted is critical.

“It’s amazing who uses those numbers,” he said. “Religious organizations, government grants…it’s good that we have these counts from time to time. The population may be a little thin in our rural areas and if you want those dollars and those representatives in Congress, you have to be counted.”