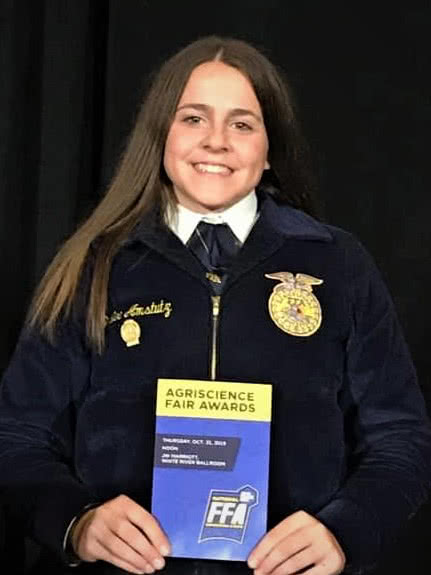 North Union freshman, Bailee Amstutz, won runner-up in the National FFA Agri-Science Fair held during the 92nd National FFA Convention & Expo in Indianapolis, Indiana last month. Amstutz did her project on social acceptance of lamb meat from America, New Zealand, and Australia to high school students. She competed in the social systems category of the Agri-Science fair. Winning the national runner-up title also earned her a $1,500 scholarship sponsored by Corteva Agri-Science.
The Agri-Science Fair is a competitive event in which participants work as individuals or teams to conduct a scientific research project. They participate in a state competition and must win first place within their state before moving on to the national competition.
North Union FFA Advisors are Tom Jolliff and Breck Mooneyham.
Share