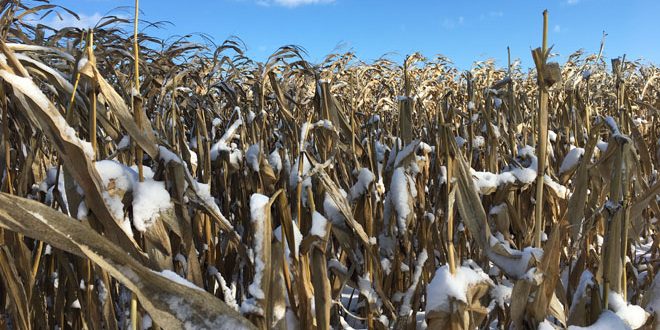 Selling for cash prices means leaving money on the table

Three weeks ago, I suggested there were demand issues within the USDA’s Feed, Ethanol and Export categories. This week’s report reduced demand in every category and with the ethanol grind and export data under-pacing USDA estimates the past couple months, this was probably justified.

The feed category will be difficult to track. I’ve suggested the large wheat supply will likely replace some corn for feed if cash corn values remain strong while cash wheat prices remain at 10-year lows. However, over the last month feed ingredient prices have increased dramatically. Normally these by-products from corn, bean and wheat processing trade at values that encourage some livestock producers to replace corn and/or bean meal in the feed ration. The prices are so high now that many of these by-products should actually be replaced with corn and bean meal. While the amount of grain displaced probably isn’t huge, it could suggest that corn and bean prices might be a little low.

The slow and late harvest is helping prices right now because end users have used about 10% of their yearly grind during the 4- to 6-week harvest delay. This creates a 10% increase in their storage capacity and has kept basis values strong and futures from dipping back to $3.50.

During last week’s big harvest push across the Midwest for corn there was a pullback in futures and basis levels. Once harvest is complete and bin doors are locked, I wonder how aggressive farmers will be selling at current prices.

For beans, there were almost no changes this month. Bean futures have pulled back some, but with harvest nearly over, some processors are getting more aggressive with basis bids. It varies though. My local processor is bidding 12 cents better than last week, but my local coop is only 2 cents better. This kind of spread difference should motivate farmers to get 100% on-farm storage to take advantage of these kinds of opportunities.

The December corn basis – Is it a good level to sell?

Recently, farmers have been asking about the strong basis levels for December delivery across the Midwest. Following shows recent bids and factors to consider when deciding if and when to set basis.

Current basis bids near my farm

Based upon these numbers alone, December looks to have the best bid. But is it a good sale? Here are some things to consider:

It’s important to look at the spread between December corn futures ($3.7725) and March ($3.865), which is currently a 9.25-cent spread. This means I need to take the -7 December bid and subtract the 9.25 cent spread difference to make the bids comparable with the January and February bids. So, the -7 December is actually the same as -16.25 against the March futures, but for December shipment.

Spreads are about demand in the market. Since 2013 the spread between the December and March futures in the month of November has ranged between 8 and 14 cents. In years with larger corn carryouts (2.1-2.4 billion bushels) the spread trades between 13-14 cents. This is because when there is a lot of grain produced there is less demand and it usually means a wider spread between futures contracts. This is because the market needs someone to hold the grain longer until it’s needed at some point in the future and the market is willing to pay for that to occur.

In years with smaller carryouts (1.3-1.7 billion bushels) the spread trades around 8-9 cents. This is caused by a pull in demand to take the grain out of storage sooner. This summer when the market took off to the mid $4s the basis rallied 40 cents and the spreads narrowed significantly. The market wanted all the cash corn it could find and not for it to be stored for later use.

Now with current carryout estimates in the middle range (1.9 billion), the market seems to suggest the spread should be trading around 11 cents. While the spread today is trading at closer to 9, by the end of the month it could be closer to 11 cents. If that occurs it would make my local basis bid (shown above) for December delivery worse than the January bid.

There is a cost to hold grain

Where will basis values go?

Just like futures, it’s hard to predict where basis values will go. There are a lot of external factors impacting basis bids, plus it can vary by location. Still, basis values usually trend higher from harvest until the following summer. Last year from November 1st basis values increased 5 cents by late November and there was another 5-cent increase by late January. If futures don’t rally in the next few months, and farmers wait for better prices, end users may have to increase basis to motivate farmers to sell. There could be another 10-20 cent rally in basis values between now and the end of January.

Selling for cash prices means leaving money on the table

Most farmers only focus on cash prices when selling grain, but I find that is almost always a mistake. While futures and basis values make up cash prices, they almost never hit their highs at the same time because they are based upon different market variables.

Even though basis levels right now are the highest since the drought years, it still may not be the best time to set basis. Basis usually improves after harvest through the following summer, but it’s been a very unusual year. If the futures values are range bound the next few months basis values might have to do all the work to pry the grain out of the bins. 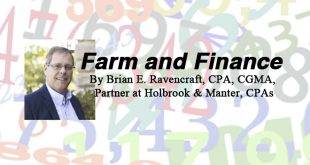