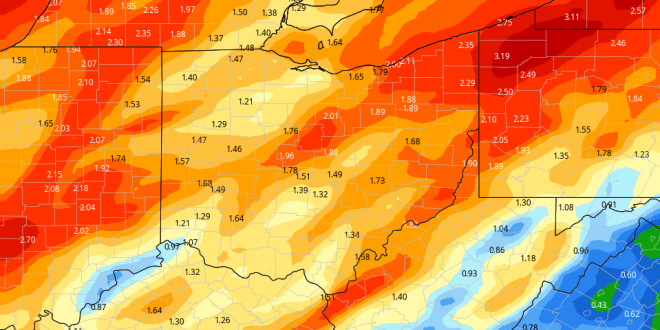 No change in the forecast this morning. A cold front finally leaves the eastern part of the state today, and we should start to see some clearing work in from west to east. It may take into mid or late afternoon for everything to completely break up and leave eastern Ohio, but better weather is coming. We will be cooler today behind the cold front, and winds stay strong for a good chunk of the day. As a matter of fact, winds may be the biggest issue in the forecast today

Tomorrow and Thursday turn out partly to mostly sunny. We can see a few more clouds in far northern Ohio, thanks to wrap around clouds and light moisture around the Low as it moves through the Great Lakes into Ontario tomorrow. Thursday should feature full sun in most areas. Friday, a weak frontal boundary seems to fall apart as it moves in. We will allow a few hundredths to a tenth over 40% of Ohio, but generally think just a few more clouds around on Friday. Saturday will start with sunshine but clouds will build.

We still have moisture in the forecast to finish the weekend, but models disagree on timing and intensity of action. Right now we are going to keep rains at .25″-1″ for a relatively long window from Saturday late afternoon through Sunday. But, realistically, we think that precipitation will be confined to a smaller window than that…timing is just uncertain. The European model is likely a little over done with heavy moisture coming up from the south.

Next week features a dry window from Monday through Wednesday. Another strong system is likely toward the end of the 10 day window next Wednesday night and Thursday, with rain potential again at .25″-.1″, and potential for thunderstorms boosting that upper rain boundary. That means we have 10 day rain totals from half to 2″ for a large part of the state, thanks to 2 strong systems and a more active pattern (map below) 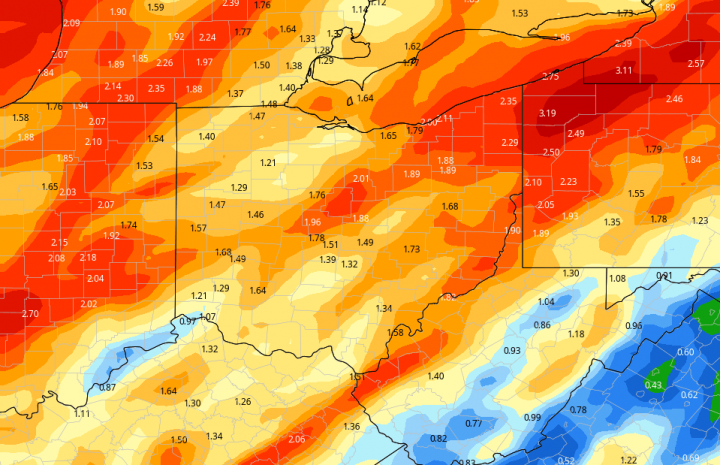 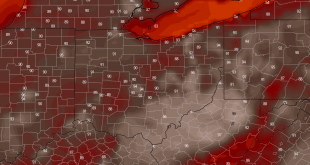 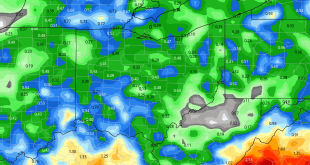 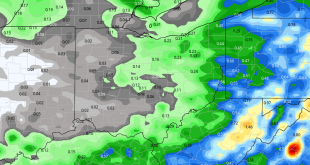 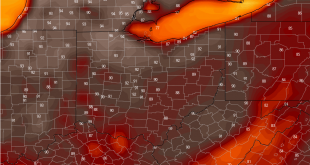