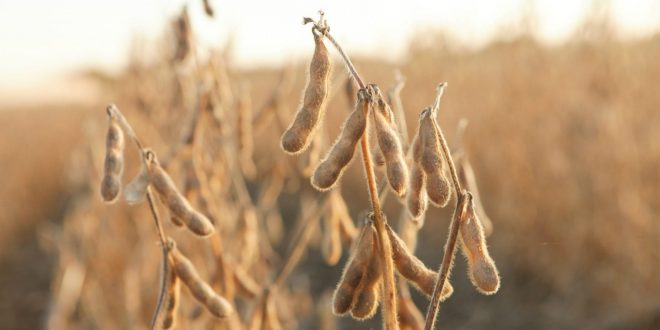 After another hot week (until late this week), a cool down to normal temperatures is expected starting either Oct. 3 or 4 that will last through Oct. 15. Temperatures are expected to return to above normal (but no where near current levels) from Oct. 15-31.

Rainfall will be above normal in northern Ohio this week. The week of Oct. 7 will be normal or below normal but confidence is next week’s rainfall pattern is low to moderate. Above normal rainfall is in the outlook for the second half of October which could slow harvest after Oct. 15.

The hot and drier pattern for a good part of September was caused in part by tropical activity. The remnants of Dorian created a big low pressure system not far from Greenland while a typhoon called Lingling in the western Pacific created a big low pressure near Alaska. This resulted in a hot and dry dome of high pressure over the Southeast U.S. and wet weather in the western corn and soybean belt.

This pattern appears ready to breakdown later this week.

The November outlook still indicates a warmer than normal month with precipitation not far from normal (but with a lot of uncertainty).

Finally, the two week rainfall outlook from OHRFC can be found here: https://www.weather.gov/images/ohrfc/dynamic/NAEFS16.apcp.mean.total.png .

It shows the wettest areas being the western two-thirds of the Corn Belt. Rainfall for the next two weeks in Ohio will be 1-2+ inches in northern Ohio but generally 0.10-0.50 inches in southern Ohio. Normal is about 1.5 inches for two weeks. 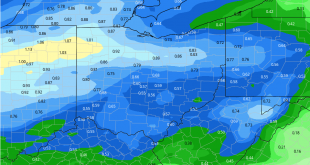 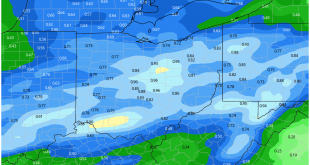 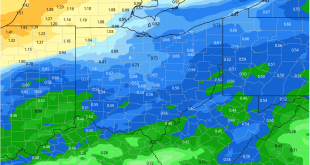 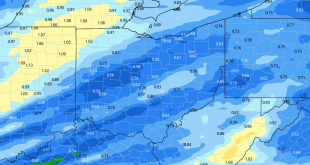 January 14, 2020 -- Ohio stays precipitation free today and tomorrow, as temps try to rebound slightly. We also have good news about our next system, as it looks less impressive. However we still see a fairly active pattern through the next 10 days...