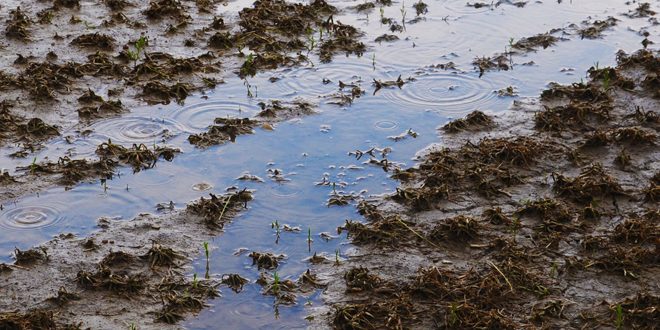 The spring of 2019 had the most Ohio prevented planting acres in history.

I saw so many sad farm situations this spring in what was, in many cases, the worst planting season in history. But, as it always has, life went on, and I have seen so many farmers rise to the occasion and turn the challenges of 2019 into more positive situations. There was plenty of mud this spring, but also some silver linings, or for 2019 the term mud pie might be more appropriate.

You had prevented planting acres this spring. This was a tough decision that, after being made, led to many more tough decisions.

The unplanted acres opened up opportunities for tiling, cover cropping (with cost share opportunities), an insurance payment, a potential Market Facilitation Program payment, and a chance to hay or graze those cover crops this fall. There also are opportunities to soil test and set fields up for success in 2020. Planting wheat this fall on prevented planting acres could be an option as well.

Also, in talking with some more-seasoned farmers, several have pointed out that in 1981, there were similar challenges planting, but much more tillage to be done and no opportunity to take prevented planting through crop insurance (because it did not exist). Prevented planting was a tough decision in 2019, but at least there was a decision that could be made. That was not the case in 1981.

The challenges with incessant rainfall were record setting in many ways. It has never rained like that in recorded history.

There are very clearly shifting climatic trends and lessons learned from this year can be helpful at the farm, local community, state, and federal government levels when future challenges arise of similar (or worse) magnitude. Many unique research efforts are underway in Ohio with regard to rainfall and water quality and the data collected this year could produce some interesting and useful findings moving forward.

This spring was really bad in many parts of Ohio.

At least you don’t farm in Nebraska. I don’t want to minimize the challenges in Ohio, but the level of devastation from flooding in parts of Nebraska and Iowa this spring was significantly worse. They will have years of recovery time to get back what has been lost.

If you’re still milking, more power to you. There are ways dairies have been able to make things work. Some have specialized in a specific niche, some have gotten larger and others have gotten creative to remain viable.

If the right decision was to stop milking in recent months or in the near future, that is OK too. You more than just a dairy farmer. You are an incredibly dedicated and hard-working person with talents that can be beneficial in a wide variety of applications. There are undoubtedly other options beyond milking cows to apply your skills and hard work ethic in a beneficial way.

You’re farming in Ohio in 2019 and times are tough.

You’re farming in Ohio in 2019 and there is so much opportunity. Agriculture in Ohio, despite its ups and downs, is a great place to be. I am so privileged to be a small part of this incredible community of people, and you are too. And, it is not just an Ohio thing. I have had the chance to travel in recent years to areas that faced devastation far in excess of the terrible situations we saw in Ohio this year and those farmers are accepting the challenges, rising to the occasion and moving forward in positive direction. A couple of years ago I traveled to Kansas where wildfires had blackened the landscape. Farms were wiped out. Thousands of livestock were lost and those that remained had nothing to eat. I went with a small group to deliver supplies and help tear out miles of compromised fence. Many other groups went as well. State and federal resources also poured into the area to help. When I was there, the long-term outlook for many of the area ranches was grim. But, as we were packing up to leave, an amazing thing happened to the scorched, parched prairies of Ashland, Kans. It started to rain. It kept on raining and the native grasses sprang back to life faster than could be hoped. The fires devastated, but also rejuvenated the land that many feared would simply erode away without rain. This summer I ran into a Kansas Farm Bureau member and I asked about the Ashland area. He said, “It was so bad, but honestly, those fires were maybe the best thing that could have happened to some of that ground. The prairies need that fire and it had been a long time since some of that ground burned.”

Tough times make for a resilient agriculture by providing an opportunity to build character and solidify faith. James 1:2-4 tells us: Consider it pure joy, my brothers and sisters, whenever you face trials of many kinds, because you know that the testing of your faith produces perseverance. Let perseverance finish its work so that you may be mature and complete, not lacking anything.

Agriculture nourishes, and rebounds, and overcomes. Agriculture turns mud into miracles every day. It happened in Kansas. It will happen in Nebraska. And I can already see it happening in Ohio in a really tough 2019. Tough times built character and create opportunity and there is no better place to made mud into mud pies than in the field of agriculture. Please have a safe and successful harvest season. Even if the harvest this fall is a bit slim (or non-existent), keep in mind the unlimited possibilities and opportunities for better and brighter harvests in the years to come both on and off the farm. 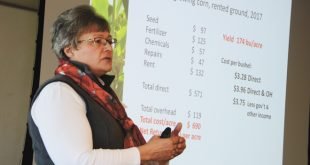 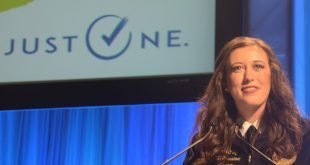