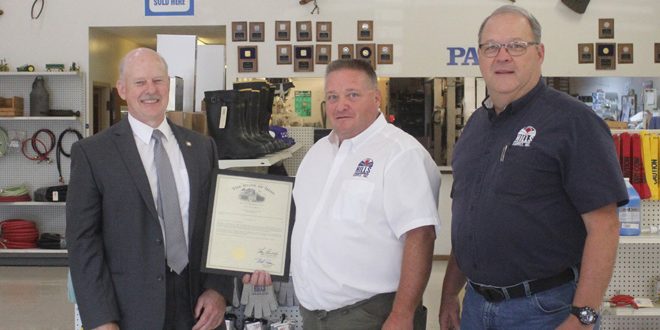 On behalf of the House of Representatives of the 133 General Assembly of Ohio, we are pleased to extend special recognition to: Hills Supply, Inc. on the auspicious occasion of its Fortieth Anniversary.

Hills Supply is deserving of high praise, for throughout forty years of operation, it has attained a remarkable record of accomplishment. This exemplary dairy supply company has earned the gratitude and appreciation of many satisfied customers, and its success is a justifiable source of pride and a fine reflection not only on the business itself but also on the astute management of its owners Frank Burkett and Mick Heiby, on its hard-working employees, and on the Canal Fulton community.

Since its establishment in 1979, Hills Supply has enhanced the quality of life within the surrounding area. We are certain that as this noteworthy enterprise maintains its unfaltering dedication to service and achievement, it will continue to grow and prosper and will carry on the tradition of excellence that has become its hallmark.

Thus with great pleasure, we commend Hills Supply, Inc., on its Fortieth Anniversary and offer best wishes for the future.

It is signed by Larry Householder, Speaker of the House of Representatives and Bill Roemer, Representative House District 38. The commendation was received by Hills Supply co-owner Mick Heiby and Business Manager Stan Palmer.

“We are honored to receive this commendation from The Ohio House Of Representatives under the sponsorship of Representative Roemer,” Heiby said. “Again today, we are humbled by our heritage. Frank Burkett and I serve today as the stewards of an excellent business built by founders Dolores and David Hill. It was the efforts of that mother and son team, starting back in 1979, that created the foundation for the company’s success. They were honest and intelligent business people but more importantly they were great friends to many individuals and the dairy industry as a whole.” 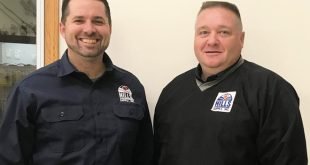