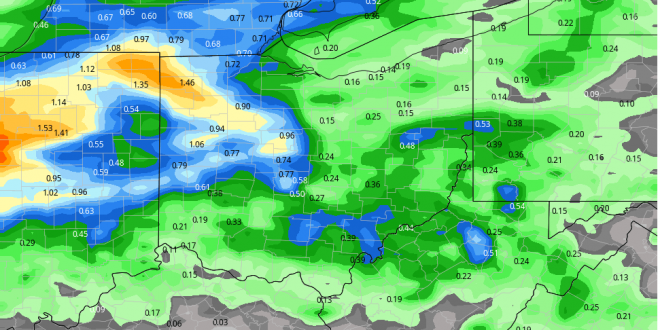 A little more moisture moved through the state yesterday and it did it sooner than what we were looking for too. So, we start the forecast this morning with a question: “does that extra moisture have any impact o the start of the week?”  The answer is generally no, but we likely have to contend with some on and off clouds through the day today, and there may be enough moisture left in the atmosphere to trigger a couple of sprinkles here and there. But, generally we just look for clouds and some sun through the day, with humidity values a little elevated.

We are dry for most of the rest of the week. Full sunshine in here tomorrow through Thursday. A weak trough tries to move through later Thursday afternoon and overnight, but the moisture that looks so promising as it crosses the upper Midwest and northern IL falls apart. While we wont rule out some scattered light shower potential, as it stands right now that potential is low and not enough for us to make any big precipitation call in the forecast for now. We are dry with slightly drier air behind the trough for Friday into the weekend.

Our next good rain chance develops Saturday evening through Sunday as a cold front shifts through from NW to SE. This frontal complex triggers good shower potential and will also have the ability to trigger some thunderstorms as well. Rain totals for the event end up in the .25″-1.25″ range with 80% coverage. The best thunderstorm potential, and therefore the best chance for the heaviest rains, comes across NW OH. Now, while the northern part of the state clears out pretty quick behind the front Monday, it slows and stalls in far southern Ohio, which may allow for scattered lingering showers through Monday and into very early Tuesday before everything moves away.

We finish the rest of the 10 day period with dry weather for Tuesday the 24th and Wednesday the 25th. The map below shows combined rain totals through the next 10 days. 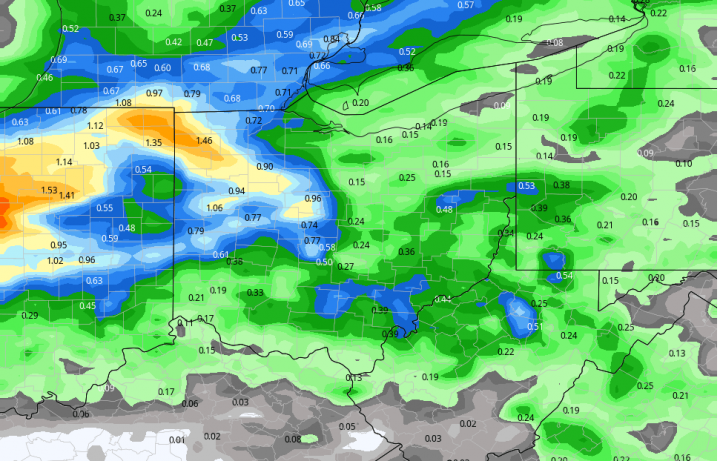 The extended period likely has scattered showers for Thursday the 26th, with rain potential of .1″-.5″ and coverage at 75%. The rest of the extended period is dry through Tuesday, October 1. Temps will not be as warm as nearby here, but they also do not look to fall off as fast, as all models trended warmer over the weekend. Cold air is pooling in the Canadian prairies later next week, so we are not sold on the warmer solution yet, but for the time being lets say cool temps are not a concern. 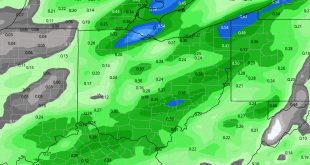 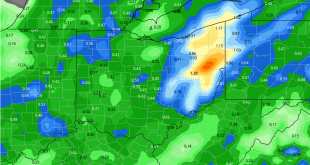 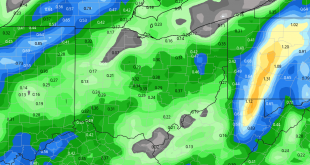