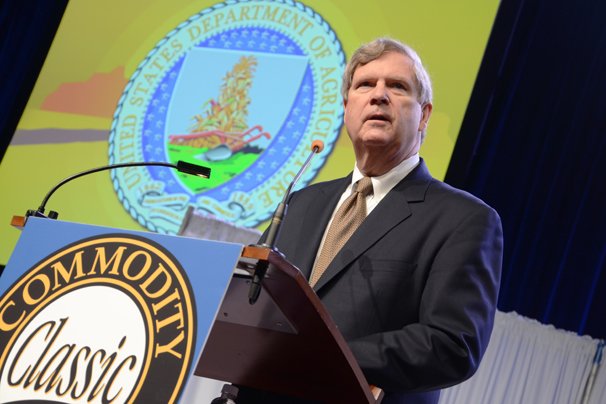 U.S. agriculture is making a big push to encourage Congress to move forward with the U.S.-Mexico-Canada Agreement (USMCA).

Adopted to upgrade the North American Free Trade Agreement, USMCA was signed on Nov. 30, 2018. Mexico’s Senate ratified the trade deal in June, but legislation for USMCA has not been introduced in the United States Congress or in Canada. On Sept. 12, Farmers for Free Trade, Farm Bureau, American Soybean Association, National Corn Growers, US Apple Association, National Milk Producers Federation, U.S. Dairy Export Council, Corn Refiners Association, National Association of Wheat Growers, Distilled Spirits Council of the U.S. and other American agriculture leaders joined with bipartisan members of Congress to rally for USMCA passage that is viewed as essential by much of agriculture.

“We need Congress to pass the USMCA trade agreement to bring certainty to our already-positive trade relationship with our closest neighbors and build on that relationship with new opportunities and commitments. The benefits of the USMCA are clear. Estimates indicate we will gain more than $2 billion in additional farm exports and $65 billion in gross domestic product once the agreement is in place,” said Zippy Duvall, American Farm Bureau Federation president, at the rally for passage of USMCA. “The farm economy is reeling from the trade war combined with weather challenges and six years of lower farm income. Farmers want and need a better trade outlook and passing USMCA is a great step forward. Thank you to the members of the House Agriculture Committee, including Chairman Peterson and Ranking Member Conaway, for their support and their participation in today’s Rally for USMCA. We look forward to working with them and others in Congress to get the deal passed.”

“USMCA provides a much-needed upgrade to the trade rules, securing a brighter future for the export of American-made food and agricultural products to our North American neighbors,” Vilsack said. “The positive impacts of this trade deal will be felt throughout the economy, as increased exports help drive jobs tied to food and agriculture production across the heartland.”

The push from agriculture is coming from several fronts as Trump administration officials, trade groups and businesses also took to social media to convince House Speaker Nancy Pelosi, D-Calif., to bring USMCA to a vote. Agriculture as an industry has been among the biggest advocates for USMCA passage, as 950 groups and businesses signed a letter in May calling on Congress to ratify the deal.

In addition, more than 120 pork producers from across the country expressed USMCA support on Capitol Hill during NPPC’s Fall Legislative Action Conference (LAC).

“Last year, Canada and Mexico took over 40% of the pork that was exported from the U.S. and they are expected to be a large percentage this year as well,” said David Herring, NPPC president. “USMCA will strengthen our strong economic ties with our North American neighbors. Preserving zero-tariff pork trade in North American market is especially important as U.S. pork producers are struggling as a result of retaliatory tariffs in China. We asked our representatives to do all they can to push for swift ratification of USMCA.”