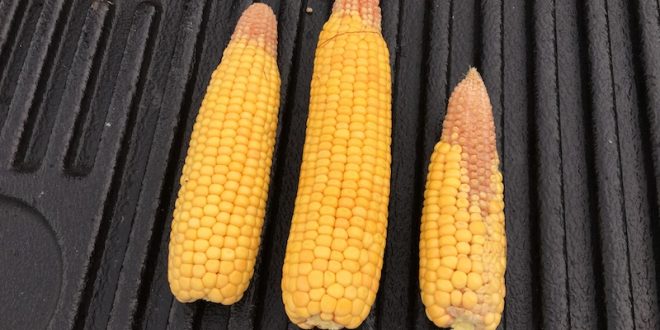 Take time to address challenges from spring this fall

The 2019 growing season has been one of the most challenging in recent memory and as harvest approaches this fall, Ohio’s farmers will continue to deal with the impacts of these challenges. Delayed planting, extreme rain events, and saturated field work performed in saturated soils are some of the challenges from spring of 2019 that will impact the crop as the growing season winds up.

For much of the eastern Corn Belt, soils were excessively wet this spring and crops were planted into less than idea soil conditions. Compounded with continued wet weather throughout the growing season, the early wet conditions have resulted in restricted root development. Growers and agronomists who have spent time digging up plants this year have observed shallow root systems, poor soil penetration due to shallow compaction, and narrow, flat root systems that followed the seed furrow because they could not penetrate the compacted sidewalls of the seed trench. Poor root systems are a cause for standability concerns this fall. In areas where root development has been restricted, crops should be harvested in a timely manner to avoid root lodging.

In addition to poor root systems, some of the corn crop’s nitrogen has been lost due to saturated soils and denitrification. Drought conditions throughout July and August in some areas stressed the corn crop during the critical periods of pollination and grain fill. In addition to reduced yield, a lack of nitrogen and stress during grain fill will result in the corn plant cannibalizing its stalk to complete the grain fill process. Stalk strength and quality may be a problem in fields with the potential for compromised stalk quality and should be harvested first to avoid losses to due stalk lodging.

One common theme that has been discussed throughout the 2019 growing season is variability in both crop condition and growth stage. Yields will vary from field to field and will vary significantly within fields due to the stress caused by weather ranging from too wet to hot and dry. Scouting fields ahead of harvest is always a good idea to determine where problems areas exist and will help determine management decisions. Crop stage of development variability is also a concern for the very late-planted corn. Following a period of drought conditions, the extended forecast shows cooler conditions in late August and into early September. With a lack of heat units, there are some fields across the state at risk of an early killing frost before reaching maturity. Growers should assess these fields and consider the option of chopping them for silage if that is a possibility.

With the many challenges this year has thrown at Ohio’s farmers, there will be some critical management decisions to make this fall. With root and stalk concerns, the corn crop should be harvested as early as possible to avoid lodging losses in the field. With later planted corn, though, growers will be facing higher harvest moistures and increased drying costs and a crop that will most likely not stand late into harvest. Field work performed in wet conditions has resulted in widespread compaction across the state. If this compaction is not addressed, it will significantly impact yields for years to come. In some cases, tillage may be the only option for alleviating compaction as soon as field conditions allow. For no-tillers, planting cover crops with penetrating root systems can help with breaking up compaction and minimizing crop root restrictions in the future. It has been a very challenging year many growers would rather forget and move on, however, those who use the rest of the season to manage existing problems will be the most successful in the coming years.

Bayer and BASF ordered to pay peach farm for damages

OEFFA named 2020 recipients of its Stewardship and Service awards