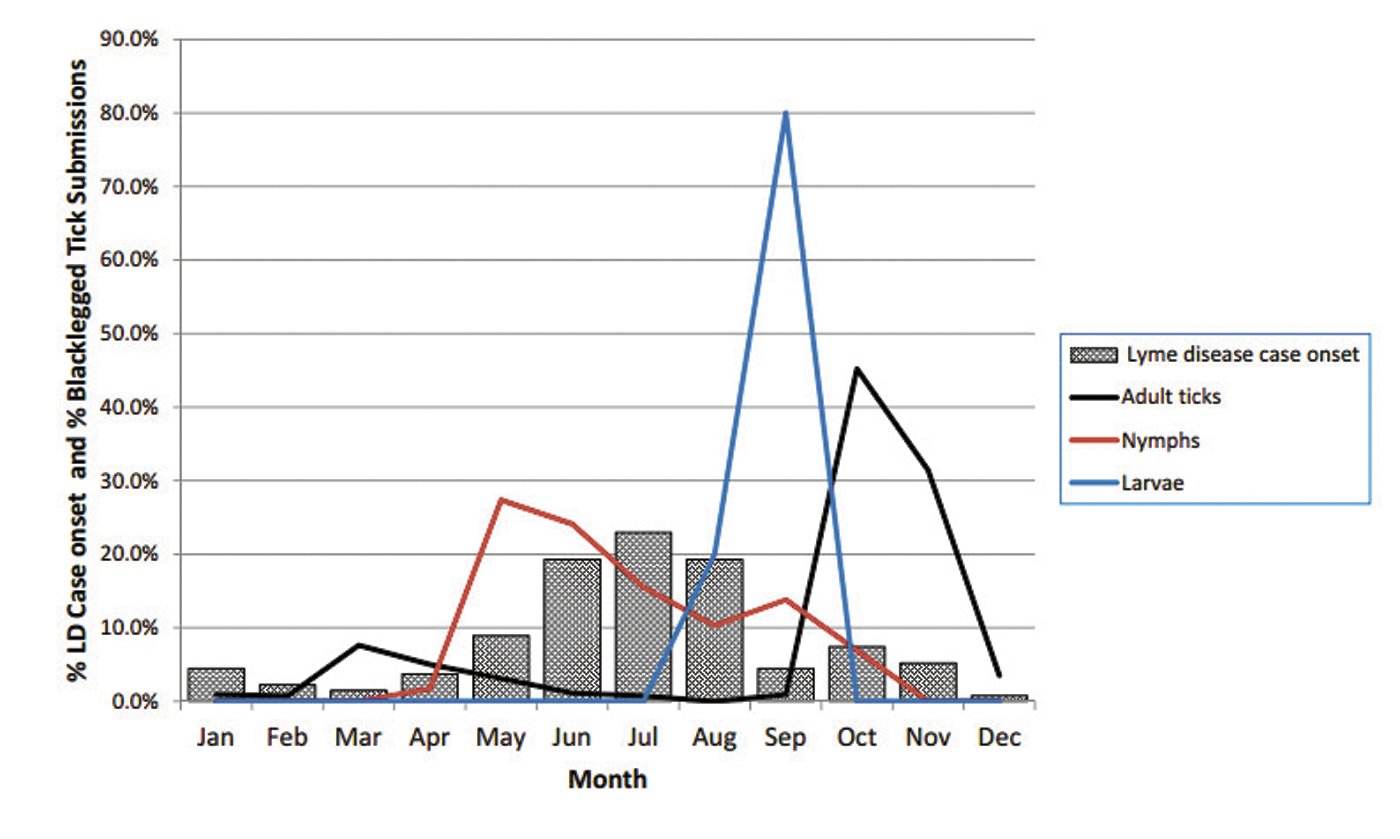 Provided by the Ohio Department of Health

I know first-hand that the odds of getting bit by a tick and contracting a disease are getting higher each year in Ohio. Last month my wife had what she thought was a bruise on her stomach which, at the sight of the classic bullseye-shaped rash, I identified as the bite of a tick. I had interviewed Dr. Timothy McDermott, a veterinarian and Ohio State University extension educator in Franklin County, on my radio show and learned the signs.

“The incidence of Lyme disease locally has increased every year and is projected to continue to increase every year,” he explained, adding that in the past four years, the number of cases of Lyme disease nearly doubled, with 293 cases reported in 2018, according to Ohio Department of Public Health data. As of press time, there already were 27 cases statewide this year.

Tick-borne diseases can be caused by viruses, bacteria or parasites and can be “tremendously impactful, depending on your lifestyle,” he said. “There can be extremely serious health risks with profound and lasting consequences.”

In the past decade, there have been no deaths reported in Ohio as a result of Lyme disease, but there’s still reason for concern, according to experts.

As she awaits the results of her testing, which points to her tick bite as coming from a Lone Star, Maria’s most pressing fear is the possibility of developing a mammalian meat allergy.

“I don’t want to imagine what life would be like,” admitted the avid carnivore, “if I couldn’t eat red meat…”

Tick encounters on the rise

The most common ticks in Ohio include the American dog tick that likes open grass habitats; the deer tick that prefers wooded areas; and the Gulf Coast tick. Deer ticks have been documented in 66 out of 88 of Ohio’s counties, according to Richard Gary, an entomologist with the Ohio Department of Public Health.

If you notice a tick, experts say to remove it immediately using tweezers, by grasping the tick as close as possible to the skin’s surface and pulling it away from your skin with steady pressure. If you’re worried about illness, you can place the tick in alcohol and send it off to get tested through the University of Massachusetts.

Ticks, which are not insects but eight-legged arachnids, use two pairs of their legs to hold on to grass or bushes, and then another pair of legs to latch on to their prey as it goes by.

They have piercing sucking mouths called hypostomes. Diseases, if they carry them, are stored in their gut.

The increase in ticks has been linked to the destruction of natural habitats and a warming climate, according to McDermott. With more encroaching development, less hunting and fewer natural predators, tick-carrying deer are living closer to humans, leading to more interaction.

What’s more, climate change is expected to help more ticks flourish. As long as it’s above freezing, ticks can feed year-round. While Lyme disease and Rocky Mountain spotted fever are more common, a bite from an infected Lone Star tick, as appear to be the case with my wife, can mean you’ll become allergic to red meat. The state does not keep data on how many Ohioans have developed the allergy.