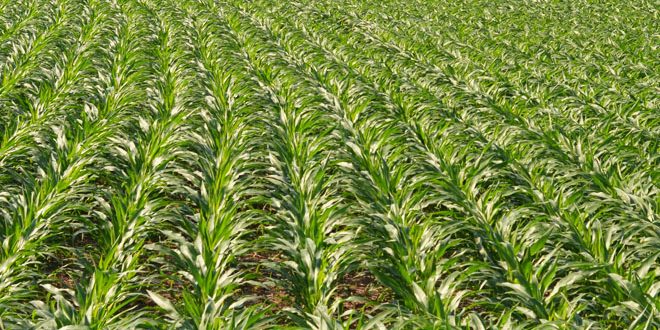 Recent heavy rains have caused widespread flooding and ponding, especially in river bottoms and along streams. In some localized areas, this may have resulted in partial and complete immersion of corn in nearby fields, especially in low spots. When water drains off these fields, plants may be covered to varying degrees with a layer of mud. Will corn plants covered by a layer of mud survive and can it perform normally? The layers of silty mud covering plants will limit or prevent leaf photosynthesis. Bacteria deposited in leaf whorls by flooding can result in disease and kill plants.

On the positive side, most corn in Ohio was at a stage of growth less vulnerable to flood damage when it occurred. Most corn is well beyond V6 (the six leaf collar stage) when the growing point is at or above the soil surface and less sensitive to flooding and associated anaerobic soil conditions. If the duration of flooding was brief, limited to several hours, and temperatures are moderate (which they are supposed to be the remainder of the week), flooding injury damage should be minimal. If corn was subjected to flooding at mid-vegetative stages of development, most leaves on affected plants should not be severely impacted by the mud coatings (assuming that mud in the whorl does not inhibit normal emergence of subsequent leaves). Corn plants produce up to 21 leaves, so at V10, about half the corn leaves have yet to emerge from the whorl. The leaves that have yet to emerge are the most important for the corn plant because the upper canopy produces most of the corn plant’s yield potential.

According to the National Crop Insurance Service’s defoliation charts, complete leaf loss at about V10 results in 28% yield loss. However, it’s unlikely that the photosynthetic capacity of leaves has been completely destroyed in plants covered with mud. What’s needed now? More rain (without flooding) to wash silt off leaves allowing for resumption of photosynthesis. It will also help wash mud out of leaf whorls allowing new leaves to emerge.