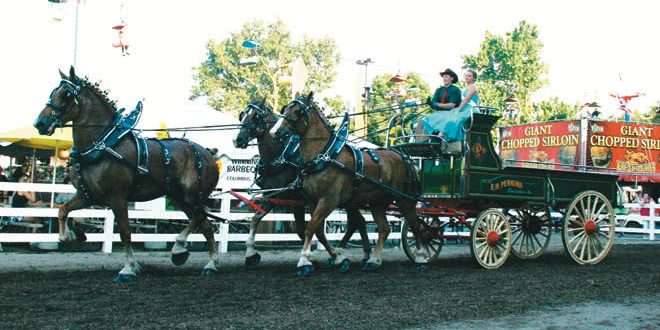 Ohio Governor Mike DeWine announced a new task force to develop and recommend a long-term vision for the Ohio Expo Center, an event venue in Columbus that is home to the Ohio State Fair, as well as nearby attractions including the Ohio History Connection and the current Mapfre Stadium.

“At the Ohio State Fair and other events that occur here, there are countless ways to have fun. We need to find ways to keep that excitement going all year long,” Governor DeWine said. “Today, I am announcing the formation of a task force, called ‘Expo 2050,’ to take stock of all of the great things going on at the Ohio Expo Center, as well as the Ohio History Connection and Mapfre Stadium, and to develop a strategic vision for the entire area.”

Governor DeWine made the announcement during a meeting of the Ohio Expositions Commission. Expo 2050 is tasked with reviewing the Expo experience, including the assets and activities of the Ohio Expo Center, the Ohio History Connection, and Mapfre Stadium, and developing ideas for getting the most use and enjoyment out of this state land in the future.

As part of the process, Governor DeWine asked task force members to attend the Ohio State Fair (which runs from July 24 to Aug. 4), attend a Crew game at Mapfre Stadium, tour the Ohio History Connection, and attend the All American Quarter Horse Congress at the Ohio Expo Center (Oct. 1-27).

Expo 2050 will be co-chaired by Mike Curtin, former state representative and newspaper editor, and by Lydia Mihalik, director of the Ohio Development Services Agency.