Home / Country Life / Farmer without arms an inspiration for others 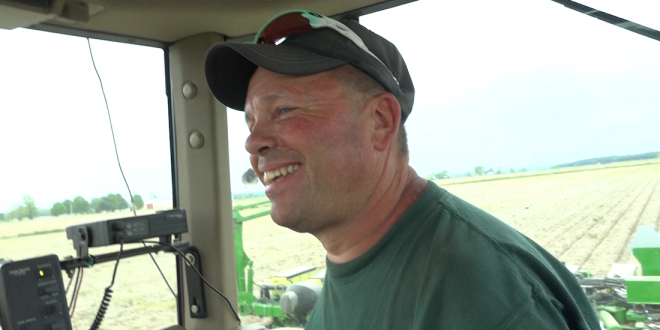 Farmer without arms an inspiration for others

Andy Detwiler farms corn, soybeans and livestock alongside his family in Champaign County. He goes about daily work in all four seasons in what is an otherwise normal scene, except for one thing — Andy does all the things a normal farmer does without the use of arms.

“When I was two years old, I fell into a grain auger, I reached in for some wheat and it took my arms off,” he said, recounting the origin of his current situation. “About two weeks after that they said I started using my feet for stuff in the hospital. Now that’s what I’m doing. I’ve been using my feet for 45 years now.”

And use them he does. Earlier this year, Detwiler was featured in an Ohio Ag Net planting cab cam video. He easily opened the door to his tractor and planted the field with the full-sized machine. Is there anything he can’t do?

“Basic things like climb a straight ladder like up the side of a bin — there’s various things. But you know there’s always things that everybody can’t do, so we just take that with a grain of salt and we go on with it and we figure things out,” he said. “When you want to do something, you’re going to figure something out, and that’s what I’ve done all my life is figured stuff out. When this happened to me in 1972, nobody could teach you how to do what I’m doing.”

Andy’s no nonsense perspective on life has earned him a reputation in his local community and beyond as someone who doesn’t let less-than-stellar circumstances get in the way of going about living.

“It takes me a little longer to do a few things but no, I don’t let it slow me down,” Andy said with a smile. “Auto steer is great, especially for me. I’ve got time to do other things and pay attention and I don’t have to be steering the steering wheel while I’m doing it. I’m doing everything with one foot here so it works out very well for me.”

Its been a story his friends and neighbors have known all their life, but now, with a bit of help from his wife Corkey and daughter Kylie, Andy has started sharing it with the world through his YouTube channel the “Harmless Farmer,” making him a bit of a star in the process.

“We make YouTube videos just showing people the way I do things — just everyday farming things, working on equipment, driving tractors — whatever comes up. We try to put up one a week, maybe two every now and then,” Detwiler said. 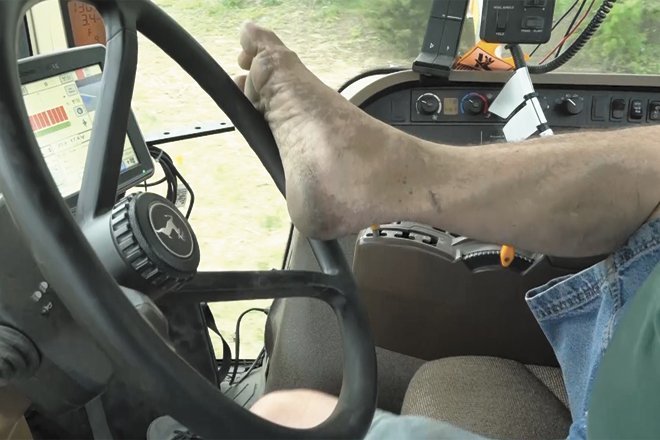 The response to his videos has been nothing short of amazing. At the time of this writing, he holds over 34,000 subscribers and averages tens of thousands of views for each video. The comment sections are full of questions and insights into what Andy brings to people’s lives.

“People want to know how long it’s taken to learn to do this. I’m still learning every day different ways to do things — handier ways to do things,” he said. “People tell me its inspirational and I never really thought of it that way. I’m just going about doing things like I always have.”

Andy started his YouTube page in mid-2018 and said he originally didn’t mean to talk much about his handicap, but rather just show people how he goes about work on the farm.

“Even then, I didn’t really say anything about my disability and I just put it out there. As the questions came in, I started to talk about it a bit more,” Detwiler said. “I like helping people, and I think that makes it easier on me. If I’m inspiring people to get out there and do different things, it makes easier to talk about it.”

Andy said the videos have created a conversation of inspiration, something he said he hadn’t realized he could offer before.

“People are just they can’t believe what I do. To hear that I’ve changed people’s lives and stuff, that’s really pretty powerful,” he said. “They give reasons that they lost a hand and broke a finger or something, then they see me and see my videos and it inspires them.”

As members of his community will tell you, part of Andy is his fun attitude toward life, which he brings to the disability talk as well.

“Oh yeah. When I go through the drive-thru, that’s always funny to see the kids working at the McDonalds. Driving down the road with the tractor, you can definitely see that I have my foot on the steering wheel when I’m driving down the road and I get all kinds of looks,” Detwiler said. “It’s fun, we have a lot of fun with it and make a lot of jokes with it, and we just have a good time with it. This is the way I am so we just take it the way it goes.”

Another common question — how does he use a cell phone?

“I usually have it in my shirt pocket or on the ground. I can use my lip or what-not to dial it. I like to use speakerphone a lot, that’s a lot handier for me,” he said. “It works out just fine.”

Does he haul grain with a semi?

“Yes, it just has to be an automatic.”

It’s even common to see him at the local antique tractor show, putting around on his old John Deere, with a hand-clutch no less. Andy seems to have found a way to overcome most all challenges in his way.

“Everyone always wants to know to learn how to be like this. I’m still learning,” he said. “Just like everybody else I just do it a little bit of a different way.”

Still, his disability isn’t something he wants to be repeated and actively uses his circumstances to talk about safety on the farm.

“Take your time, pay attention,” Detwiler said. “Your loved ones will love you for it.” 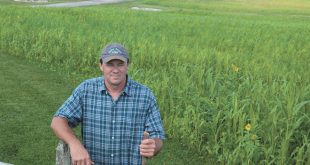 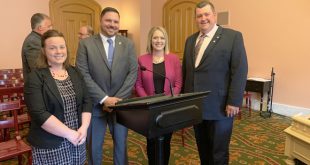 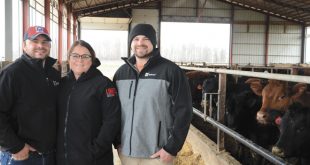 Stickel Farms pieces together the puzzle