OMAHA (DTN) — Farmers in at least six states should be eligible for more financial aid under the $19.1 billion disaster aid bill signed into law Thursday by President Donald Trump.

With $3 billion specifically set aside for agricultural losses, the legislation will help Southeastern farmers hit by hurricanes last fall, as well as offset losses for farmers who had grain stored on farms this spring that was destroyed in Midwest flooding. The bill, however, also causes some confusion over language regarding “crops prevented from planting in 2019.”

In typical Trump fashion, he tweeted the details with a photo of him holding the signed legislation. “Just signed Disaster Aid Bill to help Americans who have been hit by recent catastrophic storms. So important to our GREAT American farmers and ranchers. Help for GA, FL, IA, NE, NC and CA. Puerto Rico should love President Trump. Without me, they would have been shut out!”

The White House had tried to prevent further aid from going to Puerto Rico, which was devastated by Hurricane Maria in 2017, but congressional Democrats insisted the island must continue to receive support with $600 million specifically for USDA food aid in the bill. The debate over aid to Puerto Rico is one of the reasons the legislation was slow to pass.

USDA will have to figure out how to divvy up $3 billion in disaster funds for damage done by hurricanes Michael and Florence, as well as damage to crops from California wildfires and the Midwest flooding.

Agriculture Secretary Sonny Perdue released a statement commending the president for signing the bill and thanking members of Congress. But USDA did not provide any details on how the department would begin providing a new round of disaster aid.

“We look forward to implementing this disaster aid package in a fair way and working with state leadership to identify where the true losses and needs are to best serve our fellow Americans in need of a helping hand,” Perdue said.

The disaster aid package comes as farmers across the Corn Belt are struggling to get crops planted and multiple groups have called on USDA to adjust planting dates or restrictions. Farm Bureau groups in Indiana, Michigan, Ohio and Wisconsin wrote Perdue on Thursday asking for changes in haying and grazing provisions on prevented-planting acres, as well as opening up Conservation Reserve Program acres to haying and grazing. (https://www.dtnpf.com/…)

Farmers are running through several options as they have already passed the final planting date for full insurance coverage on corn and are approaching the late planting period for soybeans as well. (https://www.dtnpf.com/…)

The Agricultural Retailers Association wrote Perdue earlier this week expressing concern about lost business because of the prevented-planting language in the disaster bill. ARA had called on USDA to extend the planting season for full crop insurance coverage, but a spokesperson for USDA stated that the department cannot make changes to the contracts between farmers and crop-insurance companies.

That specific language on “crops prevented from planting” was not in the original disaster bill, but was added this spring as congressional appropriators worked on crafting the language and senators amended the bill several times. The bill also specifies raises in coverage levels for crop insurance protections from the past disaster bill to 90% for those who bought insurance policies and 70% for those who had non-insured crops.

“Folks are calling us from Ohio to Iowa to the Dakotas all through that whole delayed-planting area and they are confused,” said John Newton, an economist with the American Farm Bureau Federation. “When we started working on this, there was no idea there would be this kind of historic delays in planting. Now the package has been modified to cover that, there’s a lot of confusion.”

Under the disaster program created for 2017 weather challenges, the Wildfires and Hurricanes Indemnity Program (WHIP), farmers were only covered if they were in counties that had a presidential emergency declaration or a secretarial disaster declaration. WHIP payments were based on a formula that subtracted insurance indemnities and market revenue from crops.

Harold Cooper, CEO of Premier Companies, an input dealer in southeast Indiana, said he is glad farmers are getting needed help, but this spring has led to millions of unplanted acres. Cooper said he wishes the crop-insurance dates gave farmers more flexibility for late planting because, in a lot of places, farmers can get a good crop planted later.

Cooper said retailers risk losing revenue on unsold or returned treated seeds and will likely have to sell fertilizer later this summer at a significant discount to move the inventory.

“We tend to work on 1% to 2% net margins, almost at a breakeven, and to take a loss that large is pretty devastating for that year,” Cooper said.

The bill also provides just under $2.5 billion for the Army Corps of Engineers for various hurricane and flood structures, including repairs and emergency operations. 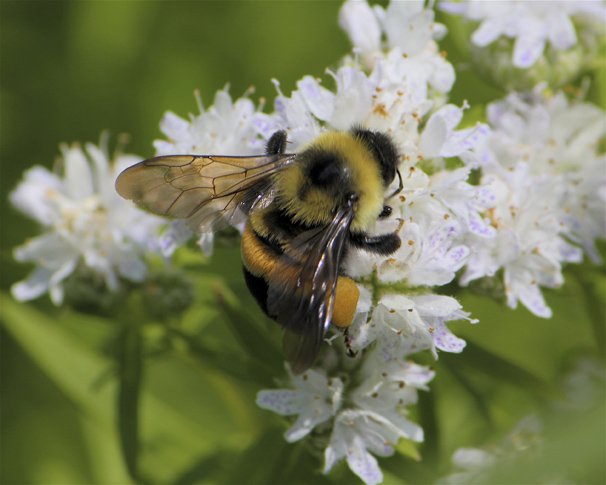