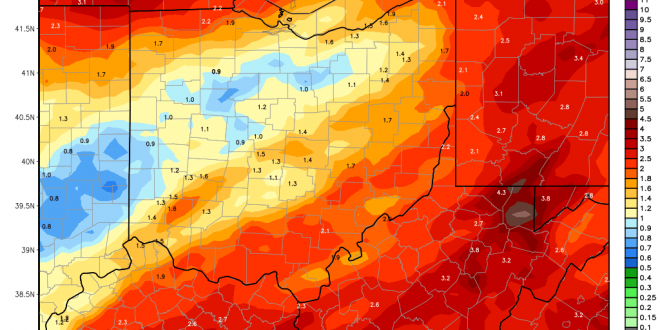 No change in the nearby forecast this morning. Showers remain over parts of the state this morning as a cold front tries to sweep through Ohio. Rain totals can be from .25″-.75″ over 60% of the state, but they should all be gone (off to the east and north) by early afternoon. The rest of the day will turn out partly sunny.

Tomorrow will be partly sunny as well, but clouds increase later in the day. Scattered showers arrive ahead of sunset in the western part of Ohio, and then spread across the state through Saturday overnight and Sunday midday. There can be some good thunderstorms in there too, which will really boost rain totals. Right now  we are projecting .25″-.75′ from I-70 northward, but half to 2 inches from I-70 southward. There will be 100% coverage of rain over the state from tomorrow night through Sunday.

Sunday afternoon stays mostly cloudy, with no more than a couple isolated pop up showers with perhaps 40% coverage and totals up to .1″.  We remain mostly cloudy on Monday and also may have to deal with a pop up shower and 50% coverage. The clouds and the nearby moisture means we do not see as good of drying for these periods as we had hoped, in spite of no new significant precipitation. Tuesday should turn out cloudy to partly sunny.

Rain arrives for next Wednesday with 90% coverage once again. Rain totals will end up from .25”-.75”. Most of this action will be gentle, but there will plenty of moisture around. 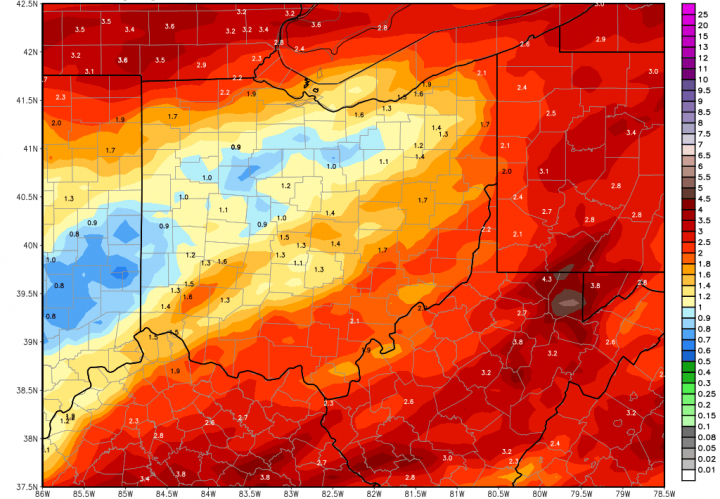 We can talk about a 4 day dry stretch to finish next week, though. We turnout partly to mostly sunny next Thursday through next Saturday. Temps will be cool to start, but will build back to near normal levels by the end of the dry stretch. Will it be enough to promote field work? That depends mostly on what we see out of the systems ahead of it this coming Saturday night and next Wednesday. The map at right shows rain fall potential combined for the coming 10 days.

The extended period still has rain in for the 20th and 21st, as we start things off. We like rain totals for those days combined at .2”-.8” with coverage at 70% on Monday (20th) and only 30% on Tuesday (21st). The rest of the period we still are leaning toward a drier solution, but models are being consistent and persistent in talks of moisture for the Wednesday-Friday period (22nd-24th). We will wait on data from through the weekend before changing our forecast, so stay tuned. 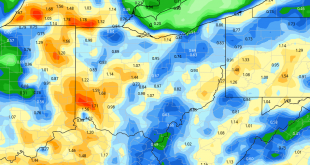 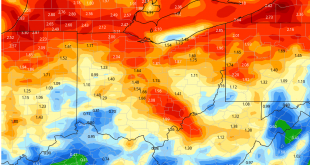 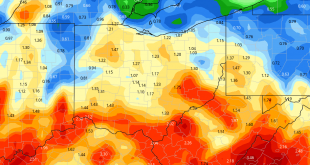 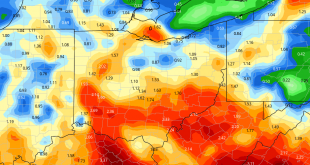 May 20, 2020 -- Its becoming a struggle to bring good news on this page, as each successive round of data shows moisture lingering longer over the state. Today, having rain hold over southern parts of Ohio is not a surprise. However now it looks like moisture will continue to circulate into and bubble up into the state tomorrow and Friday as well...