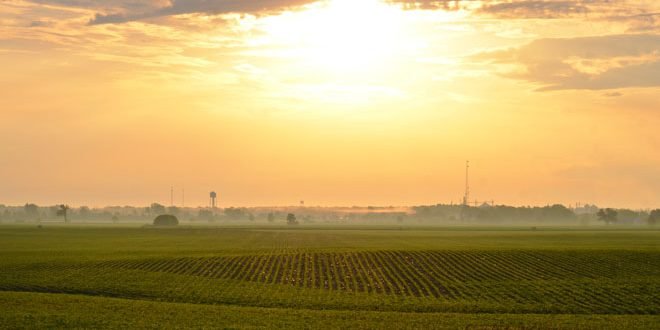 The U.S. Department of Agriculture (USDA) released initial details for a trade assistance package to support farmers and ranchers struggling with oversupply and low prices due to international trade conflicts. The agency plans to allocate as much as $16 billion, including $14.5 billion in direct payments to producers through the Market Facilitation Program (MFP). In a press conference President Donald Trump promised quick action for the nations’ farmers.

“China hasn’t played by the rules for a long time and President Trump is standing up to them, sending the clear message that the United States will no longer tolerate their unfair trade practices, which include non-tariff trade barriers and the theft of intellectual property. President Trump has great affection for America’s farmers and ranchers, and he knows they are bearing the brunt of these trade disputes. In fact, I’ve never known of a president that has been more concerned or interested in farmer wellbeing and long-term profitability than President Trump,” Perdue said. “The plan we are announcing today ensures farmers do not bear the brunt of unfair retaliatory tariffs imposed by China and other trading partners. Our team at USDA reflected on what worked well and gathered feedback on last year’s program to make this one even stronger and more effective for farmers. Our farmers work hard, are the most productive in the world, and we aim to match their enthusiasm and patriotism as we support them.”

These payments will be made in three rounds with first set to be paid in late July or early August. USDA says that this depends on the practicality of turnaround after the Farm Service Agency crop reporting is completed by July 15. If conditions warrant, the second and third payments are expected to be made in November and January, respectively.

Additionally, USDA has designated $1.4 billion for commodity purchases through the Food Purchase and Distribution Program (FPDP) as well as $100 million for the development of new export markets through the Agricultural Trade Promotion Program (ATP).

Agricultural groups across the board were supportive, and appreciative, of the measures.

“Farmers in Ohio, and across the country, are experiencing a lot of difficulties right now. Weather is preventing a lot of farmers from getting their crop planted, market prices continue to struggle, and the damage done to ethanol demand have impacted farmers negatively,” said Jon Miller, Ohio Corn and Wheat Growers Association president.

OCWGA has worked in tandem with the National Corn Growers Association and the National Association of Wheat Growers to encourage additional actions the Administration could take to open global markets and provide more certainty to corn farmers.

“We look forward to seeing the specific details of what President Trump announced today, and we look forward to continuing to grow a crop that helps feed, fuel, and produce fiber for the world.” Miller said.