Home / Country Life / Experiences from life on a Demonstration Farm 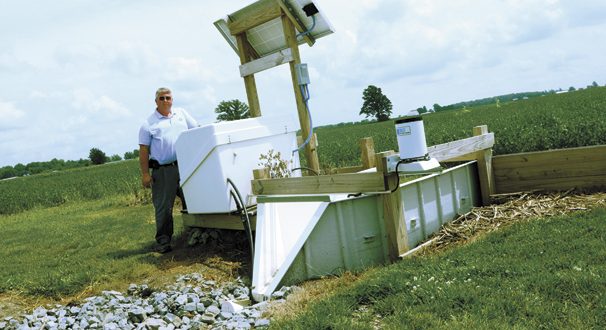 Duane Stateler is one of three farmers with acreage included in the Blanchard River Demonstration Farms Network to conduct edge of field water monitoring research.

Experiences from life on a Demonstration Farm

It has been quite interesting being a part of the Blanchard River Demonstration Farms in ways that I would not have originally imagined.

To set the stage, we had a visitor last week who had been contacted to visit the farm after he was quoted in a recent local newspaper article with some information that upset quite a few members of the agricultural community. We were asked if we were open to him coming to visit and, of course, we agreed because we have found over the past 3 years that the 98% of the population that are removed from the farm have no idea of today’s farm is compared to the Charlotte’s Web storybook. My son Anthony and I enjoy being an open book and answering every question they pose while looking into their eyes and witnessing as they are seeing, realizing and experiencing something completely different than what they have been told.

Now for the story, this young man is a professor of philosophy and religion at a University within 25 miles of us. He was teaching a class on “food ethics” to college students and it was very apparent his information was not coming from any knowledge from the farm prior to 50 years ago. What became even more interesting when he was contacted about a visit was that this semester he was teaching on “environmental ethics” which tweaked some more interest from those involved with the Demonstration Farm.

We had a good conversation for about two hours with some questions I wish to point out that arose during that time. He asked: I really can’t understand why you would do what you do. I can understand why you might grow a few plants of corn in the garden, but why would you grow a whole field? Why would you want this kind of a lifestyle? Why are farms so big? These questions were posed with a straight face and genuine interest to our reply seeking an answer.

I must admit the question about why we would raise a field of corn versus some sweet corn in the garden caught me a little off guard, but I don’t know if he realizes the difference and I forgot to point out the difference in my answer. It just caught me by surprise. The lifestyle and size of today’s farms are normal questions we get.

He looked somewhat puzzled by my answer, which was: I do this so you and others may have things to not only eat but all the useful products that are developed from corn and soybeans, from fuel to cosmetics, corn oil and soy based cooking products to the Crayola colors you used as a child.

When I was a child, we had a few dairy cows, steers, sheep, laying hens, and meat chickens along with the hogs. And everyone up and down this road and the road over had the same as we did. We helped one another with jobs that are now done with machines. The reason we have machines now is because in 1960 there were about 6 million farmers compared to less than 3 million today farming the same amount of land. We are now less than 2% of the population compared to about 5% back then. Today’s farmer’s average age is about 58, so one thing I am sure of is the size of farms is going to get bigger. I pointed out that there is the same number of hogs in Hancock County today as in 1960. The only difference is the majority of those are on 20 farms today compared to maybe 300 farms raising pigs then.

I don’t know if he grasped Anthony’s response either: “This is what I grew up with and I want my kids to experience the same things I have come to appreciate. The work is hard but it is very rewarding. I have worked off of the farm enough to know I did not want to do anything else but get back full time.”

We have begun to realize that not everyone has the appreciation for much of what we take for granted and thank God daily for — sunrises, that fresh morning breeze, the aroma of freshly cut hay, birth of newborn animals, watching a butterfly land on the head of a calf for a brief rest and ride, seeing seeds turn into plants, fulfillment of harvest while leaning on the pickup watching deer and wildlife grazing in the field before a beautiful sunset.

I find it amusing when a philosophy and religion professor is being permitted to teach individuals who believe they will be told facts from someone educated in exactly what things they are teaching, which would include the way things were done before to how they are now if you are comparing feasibility. Unfortunately in this case, the now was never told, so philosophy really could not happen. The question was raised about his knowledge of the environment and water quality for the class he was conducting now, an honest answer was “very little” but his preference was to invoke conversation and thought among students.

How many “answers” are being told to students who believe everything stated is truth, without fact or knowledge? Needless to say, the students have no idea they are paying high dollars for an opinion that will stick with them until they would have the rare opportunity to really visit a farm and see for themselves, just like the young professor we had the pleasure of meeting.

Before you think this all was in vain let me tell you I think not. We truly believe he left like many others with genuine questions on what he had read and been told about agriculture was completely different than what he had just experienced. He is interested in bringing his classes next year to see what it is like, and I believe he means it.

We will never win everyone over by sharing our experiences and what farmers truly do in today’s farm setting. But people are amazed by the technology from grid sampling to variable rate planting populations, variable rate fertilizer application and yield monitoring, which is becoming more the common place on the farm moving forward. It is more than can really be consumed in a 2 hour visit.

Thank you letters from environmental students working at OSU Stone Lab to the former Toledo mayor and her staff are some of the most enjoyable experiences we have had. We have had reporters apologize about an article not appearing in their paper because the editor did not like the content because it was not what he expected. The reporter refused to tell a story that was not real. That situation is disappointing because the story didn’t run and more people will not be informed, but that one person and their photographer will tell others what it is really like.

My suggestion to fellow farmers reading this is to invite your non-farm neighbor or friend for a ride in that jump seat, share what you do and I bet he will tell a lot of friends about that ride in the tractor or combine and the things you do that you take for granted. If you are not a farmer reading this and wish to experience the same, just stop along that field and ask a farmer for a ride. They might be a little apprehensive at first on why you are there, just tell them I sent you. I don’t know a one farmer who would not be willing to share that experience with you. 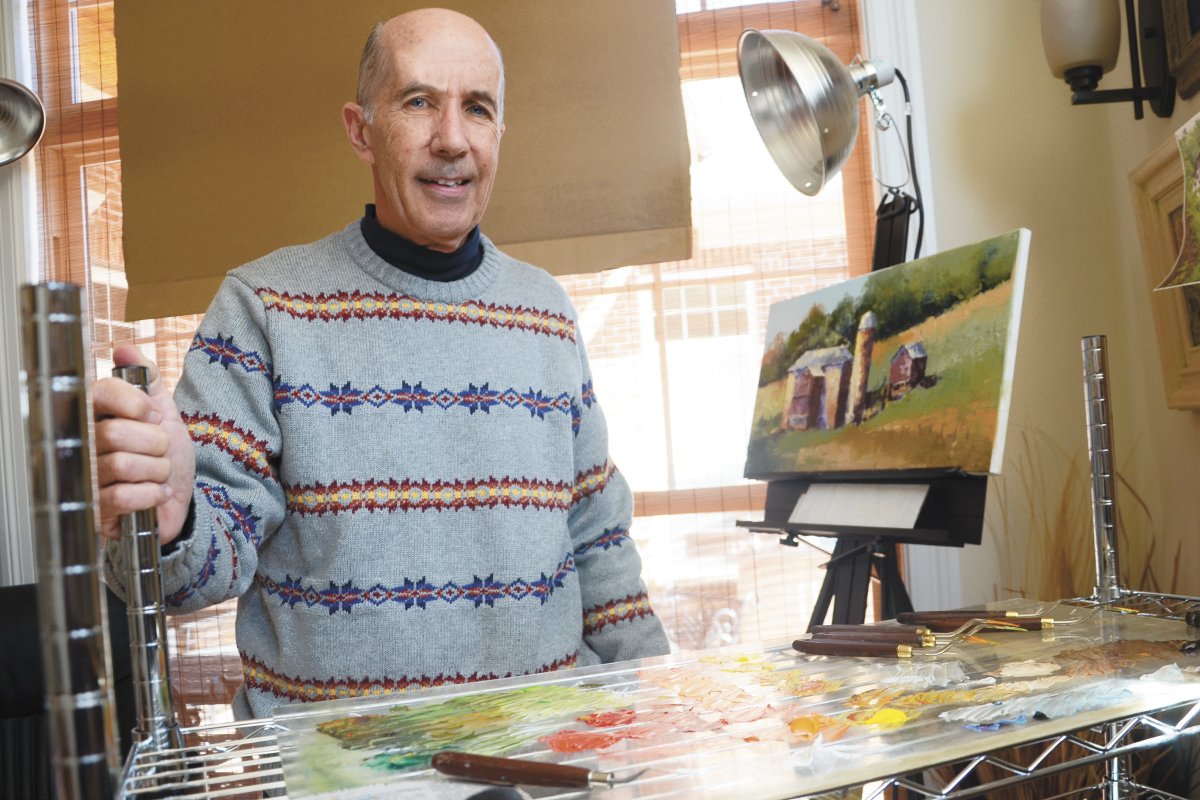 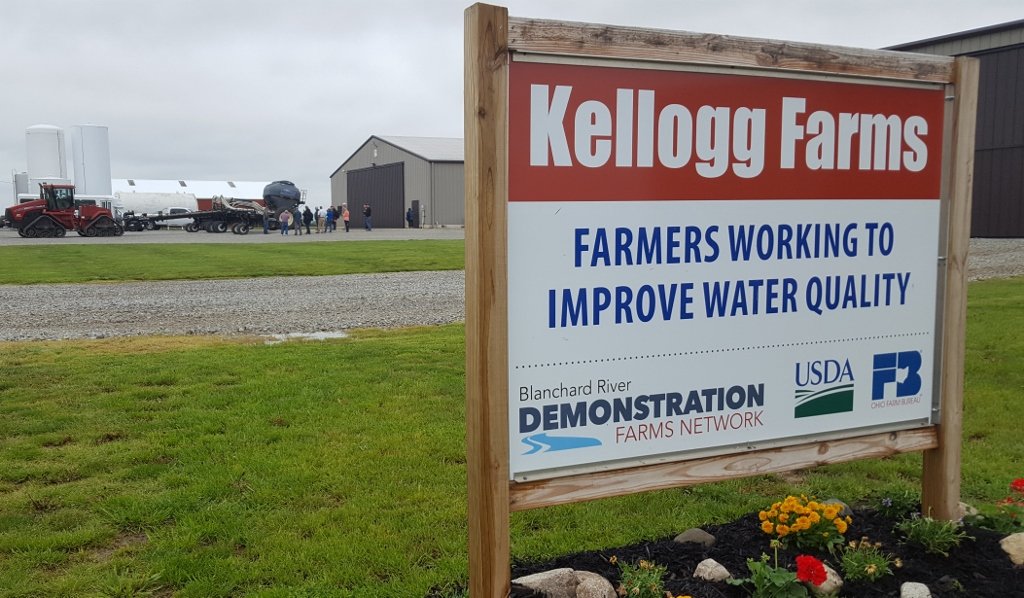