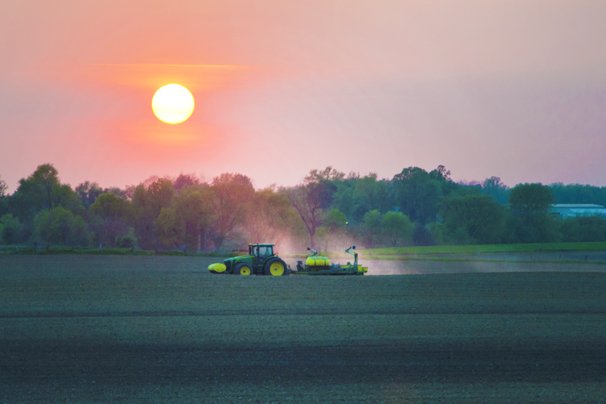 Attack planting with a sound agronomic plan and timely decisions

As spring weather warms up and conditions are conducive to field work, Ohio’s growers will have to deal with several challenges in the coming weeks. Prioritization and timely management will be key to success in the spring of 2019.

The wet fall of 2018 resulted in an extended harvest and significant delays in field work. For many growers, harvest was not completed until December or later. As a result, very little fall tillage and/or fall herbicide applications were completed across the eastern Corn Belt. With a lack of tillage and herbicide applications, weeds, such as marestail, will be more prevalent in Ohio’s fields this spring. Making timely weed control actions this spring will be a critical part of achieving successful weed control this year. As always, follow herbicide labels, use correct rates, and apply under optimum conditions to effectively control weeds.

With additional field work needed to be performed after a wet fall, time management will be an especially important consideration this spring. With the cool, wet weather pattern that has extended into early April, time will be of the essence. Growers should prioritize field operations and focus on what is most critical to producing crops. Minimizing and/or limiting trips across the field may be necessary to avoid significant planting delays. In some cases, growers may need to consider switching more acres to no-till/minimum till to reduce time spent on preparatory field operations.

With the potential for delayed planting in 2019, it is important to revisit the discussion of planting date versus field conditions. For much of the Eastern Corn Belt it is widely understood that the optimal planting period is between April 20 and May 10. Research has proven that corn loses yield potential daily when planted after the beginning of May. For the Central Corn Belt, the declines in yield potential due to planting delays vary from about 0.3% per day early in May to about 1% per day by the end of May (Nielsen, 2013). Knowing that this is true, it can be frustrating during a wet spring or when field work is delayed for one reason or another. Planting is a critical component of a successful crop as it sets the stage for the entire growing season. However, it is important to keep in mind that early planting is just one of many factors that contribute to high yield potential. Planting early favors high yields, but it does not guarantee them and growers should not focus entirely on the calendar.

Growers don’t have to look very far into the past for confirmation of this fact. According to data collected by the National Agricultural Statistics Service USDA/NASS, only 62% of the 2009 corn crop was planted by the week ending May 17. Despite later planting dates, the national average yield for the 2009 crop was 164.4 bushels per acre. In 2012, 96% of the corn crop was in the ground as of the week ending May 20. The crop was off to a great start, but thanks to the drought, the national average yield was only 123.1 bushels per acre in 2012. Although it is widely understood that planting date is an important management practice influencing corn yields, 2012 proved other factors (such as the drought) can diminish the yield potential of an early planted crop.

When determining whether or not to head to the field, keep in mind soil conditions and the weather forecast. Field work performed in wet soil will create compaction that will impact yields for several years. “Mudding-in” seed early to beat a certain date on the calendar will almost always guarantee problems throughout the growing season. To avoid problems such as compaction, poor emergence, poor root development, and replant, growers should only plant early if field and weather conditions are conducive to adequate seed germination and plant growth. The first 24 to 48 hours a seed is in the ground is critical to its survival. Planting should only occur when soil is dry enough to avoid compaction and soil temperatures are 50 degrees F or higher for corn and 54 degrees of higher for soybeans. Avoid planting immediately before a cold rain or severe weather event. This will ensure that the best possible conditions for germination and stand establishment exist.

Every spring comes with its own unique set of challenges. Sound agronomic plans and timely decision making with provide Ohio’s farmers with the best opportunities to produce high-yielding crops.