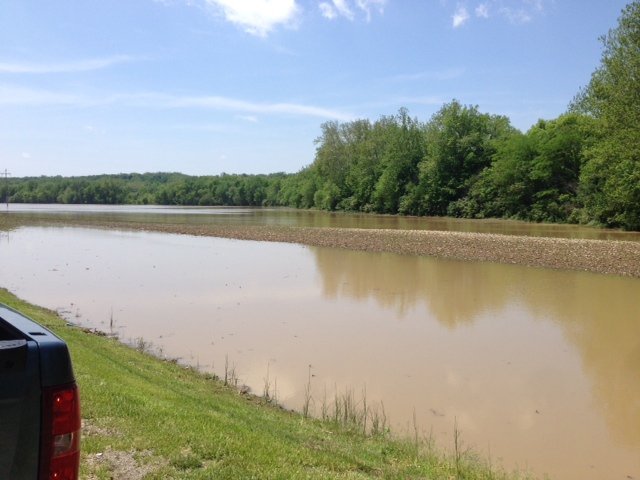 Field along the Miami River. Photo by Doug Longfellow.

Well, it’s been a while since we’ve written about the Waters of the United States (WOTUS), so everyone had to know we were overdue for WOTUS news!

Out with the old WOTUS…

The 2015 definition also noted that “[w]aste treatment systems, including treatment ponds or lagoons designed to meet requirements of CWA…are not waters of the United States” (emphasis added).

…In with the new WOTUS

The Trump Administration’s new proposed definition of WOTUS would make significant changes to the definition listed above. Under the new proposed rule, section (a) of §328.3 would define waters of the United States as:

The newly proposed rule also greatly expands the list of waters that are not waters of the United States in section (b):

Just glancing at the two rules, it is obvious that there are major differences in how WOTUS is defined. EPA has a useful fact sheet (highly recommended reading) outlining the “key proposed changes” and how they compare to the 2015 WOTUS rule, as well as to the pre-2015 WOTUS rule. Overall, it appears that the number of water bodies considered WOTUS would decrease under the proposed rule. EPA argues that limiting the number of waters classified as WOTUS would give more power to the states to regulate waters as they see fit.

One major change is that under the proposed rule, tributaries that are “ephemeral” (meaning they’re not around for a great deal of time, and/or may be there because of rainfall or snowmelt, etc.), are not considered to be WOTUS. Similarly, the number of ditches considered to be WOTUS would decrease under the new rule. Upland ditches and ephemeral ditches would no longer fall under WOTUS. The number of wetlands considered WOTUS would also take a hit under the new rule. Wetlands would either have to “abut” other WOTUS or “have a direct hydrological surface connection” to WOTUS in a “typical year” to fall under the new definition. Furthermore, wetlands would no longer be considered to be “adjacent,” and therefore connected to WOTUS, if they are “physically separated from jurisdictional waters by a berm, dike, or other barrier.” Finally, you guessed it— the number of lakes and ponds considered WOTUS would also be reduced, since they would no longer connect through “adjacent” wetlands.

It’s important to remember that this new WOTUS rule is not currently effective — they are just proposed rules, open to public comment. In the meantime, due to litigation, what qualifies as WOTUS depends on the state. EPA has a map depicting which definition of WOTUS currently applies where. In some states, the 2015 rule applies, and in others the pre-2015 rule applies. Obama’s 2015 rule applies in Ohio at this time. If the proposed rule makes it through the rulemaking process and goes into effect, it will replace the 2015 and pre-2015 rules, and barring any other lawsuits, will apply nationwide. The ultimate implementation of this rule is anything but certain; changes and challenges to the rule are likely to occur.