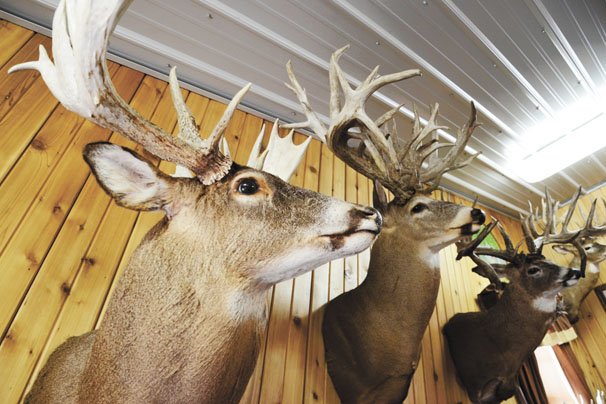 With our son off to college, wife Maria has been my deer hunting buddy this season. She is a somewhat reluctant hunter who I tempt into the blind with all manner of hunting baubles like portable ozone dispensers, heated booties, laser range-finders, Red Dot scopes, trail cameras, lighted arrow nocks and camo touch screen gloves so that she can while away the hours between deer sightings playing Candy Crush. Let’s just say she responds to technology and I’m playing every card in the deck to maintain her interest.

Maria shares word of her weekend adventures in the wilds with her urban co-workers at the metropolitan library, who find it odd that their fashion-conscious co-worker is spending so much time camo’d-up in the deep woods.

“Heck,” commented one. “I don’t even like being outside.”

Ohio’s deer firearms season continues until Dec. 2 followed the bonus firearms weekend Dec. 15 and 16 and the muzzleloader deer season Jan. 5-8. Deer hunters must possess the proper permits and regardless of zone, method of taking or season, can harvest only one antlered deer during the 2018-2019 season. Legal hunting hours are one-half hour before sunrise until one-half hour after sunset. Visit wildohio.gov for details.

River of fire to net trout?

In recent years, Ohio Division of Wildlife (ODOW) has stocked nearly a half-million steelhead each spring in six Ohio tributaries and harbors, rainbow trout raised in the Castalia Fish Hatchery from eggs provided by Michigan and Wisconsin departments of natural resources. The steelhead are thriving in Lake Erie and returning annually to provide river and near-shore fishing opportunities for anglers who can count on hooking steelhead weighing from three to 12 pounds. Conneaut Creek received 75,000 Ohio steelhead and another 75,000 from Pennsylvania in 2018. Other 2018 stockings were done in the Ashtabula River (70,000), Chagrin, Grand and Rocky rivers, 90,000 each; and the Vermilion River received some 63,000 8 inch “yearling” trout this fall.

Now, another river is under consideration to receive the annual stocking of the popular gamefish.

ODOW fisheries biologist Kevin Kayle recently acknowledged that the Cuyahoga River is under consideration. A decision to proceed with stocking the flow would be made based on improving water quality and the availability of enough fish to justify the effort. As with other northeast Ohio tributaries that are not stocked with trout, the urban Cleveland waterway does experience a steelhead run each fall and winter, as ‘lost’ fish that haven’t homed in on the rivers where they were stocked wander upstream from Lake Erie. Along the Cuyahoga, there are a dozen public access areas where steelhead fishing could be available all the way upstream to Gorge Dam in Cuyahoga Falls, according to Kayle.

Construction has finished on the 4.1-mile dam at Buckeye Lake State Park, a project completed nearly two years earlier than initially expected and more than $40 million under the projected cost, according to the ODNR. After the U.S. Army Corps of Engineers released a report in March 2015 that detailed the threat Buckeye Lake dam posed to the community due to its deteriorated condition, Ohio Gov. John R. Kasich instructed ODNR to pursue replacement of the nearly 200-year-old, 4.1-mile earthen dam.

The new dam at Buckeye Lake State Park provides visitors with a new access path that extends the entire length of the 4.1-mile structure, and residents living along the lake have a new separate private sidewalk in front of their homes. Water levels will be allowed to reach normal pool and the fishing, which has continued to be productive at the lake through the construction process, as well as the boating opportunities, will return to normal next season. 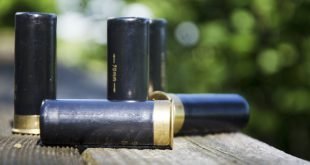