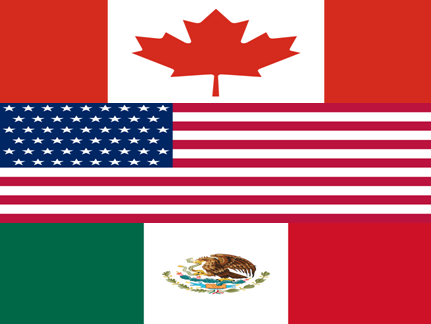 With some major exceptions, new deal has old NAFTA feel

Right before a deadline set by President Trump, the U.S. and Canada came to an agreement on the framework for an updated North American Free Trade Agreement, called the US-Mexico-Canada Agreement (USMCA). It’s a shot in the arm for American agriculture, which has been struggling as trade disputes with U.S. trading partners dragged on.

“It’s the first step in really getting us from this summer of disruption in global trade and getting us back to a fall of business resumption and that will bring stability in North American markets,” said Daniel Ujczo, International Trade and Customs Lawyer with Dickinson-Wright in Columbus. “I think over the next 60 days we will start to see steel and aluminum tariffs lifted which will end the retaliation in Mexico. That will be good news for the agriculture community, who will not have to worry so much about losing those customers not only in Mexico, but throughout the Americas.”

While it’s good news, he says there’s still significant work to do, including getting the agreement through Congress. He says timing forced the U.S. and Canada to come to an agreement.

“The clock was critical here,” Ujczo said. “At the end of the day that clock was being driven by the fact that we are seeing a transition of power in Mexico with a new President taking office on Dec. 1. He made is real clear that he did not want to reopen a deal with the United States and so the whole goal is to get this new deal signed before he took office.”

Ujczo says the economies of all three countries are very intertwined with each other because of the original NAFTA deal. That meant coming away with no updated agreement would have made things much more difficult.

“Trade would continue in North America, even if there was no framework, but it would continue in a very haphazard way,” Ujczo said. “There would always be the threat of tariffs, threats of the whims of whoever might be in the White House, Mexico City or Ottawa and there could have been drastic consequences if we might not have reached a deal. I think it might have even been problematic if we only went forward with a deal with Mexico. That became clear this past week. Congress, as important as they saw the idea of locking down a deal with Mexico, is that they wanted to make sure Canada was part of it.”

Canada and the U.S. both made significant concessions to come to an agreement. Canada is ending its Class 7 milk system and allowing U.S. dairy farmers more access to the Canadian market. Overall, Ujczo says it looks like an improved deal for the United States.

“Half of the old NAFTA looks like it’s getting a fresh coat of paint, looking like a modernized trade deal and the other half of this agreement is getting some new fixtures and upgrades,” Ujczo said. “We are going to see some things with technology and customs and border issues that will make it easier for companies and even farmers that ship good across the border. That is an upgrade. But we also saw the President knock down some walls with dairy being at the top of the list with Canada, which made some significant concessions on dairy going farther than they were willing to go in other past trade deals like the Trans Pacific Partnership.”

The new United States, Mexico, Canada Agreement is now on its way to each respective government for approval. For the U.S., that isn’t expected to happen until after the November elections.