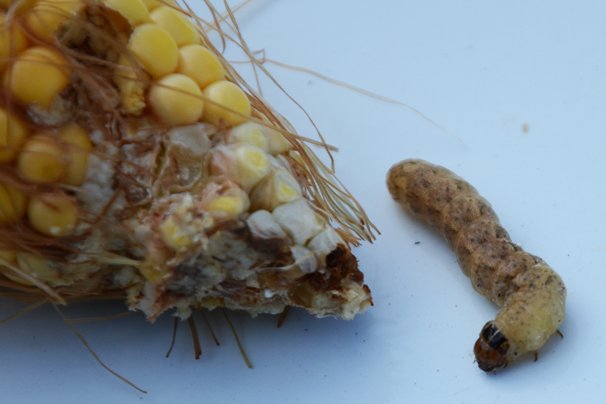 Another season of Western bean cutworm (WBC) trapping has officially begun! Bucket traps placed along the edge of a corn field with a lure were set between June 17th through 23rd and our first trap count is for WBC adults captured for week ending June 30th. Last week, 18 counties monitored 66 traps across Ohio for WBC adults. Overall, 76 WBC adults were captured and average moth per trap was 1.2 (Figure 1).

The adults begin to emerge in late June and peak flight occurs anytime between the 2nd through 4th week of July (Figure 2). Monitoring for the adults allows us to pinpoint the optimal time to begin scouting for egg masses as well as know when peak flight is across the state. It is important to note that WBC prefers to lay eggs in pre-tassel corn— and since the rain delayed planting in many parts of the state this year, Ohio has a lot of late planted corn. Therefore, a good scouting program is important!