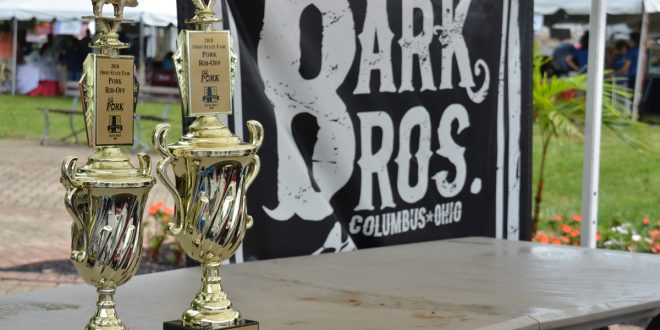 The rainy weather did nothing to hinder the quality of the incredible pork being served up at the 2018 Ohio Pork Rib Off. It was high quality across the board according to the judges for the 22nd annual Pork Rib Off competition at the Ohio State Fair on Tuesday, July 31.

The annual Pork Rib Off is held on the first Tuesday of the Ohio State Fair and is hosted by the Ohio Pork Council, with generous support from the Ohio Soybean Council.

“We are thankful to partner with the Ohio Soybean Council to host such a great event each year during the Ohio State Fair,” said Dave Shoup, President-Elect, Ohio Pork Council. “Every year, the Rib Off brings together a great group of barbeque experts from across the state for a fun, interactive competition.”