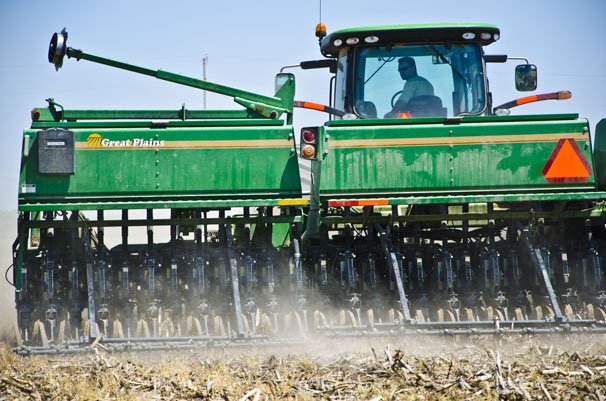 The ins and outs of early planting for soybeans

Yield results from DuPont Pioneer Product Knowledge Plots from 1996 to 2012.

However, growers who assume “earlier is always better” without proper planning and management techniques may be on a path to lower yields and missed opportunities. Balancing these risks versus the inherent rewards of early planting must be carefully considered. Imbibitional chilling injuries leading to stand loss are common if seeds are planted in soils where water under 40 degrees F will be absorbed by the seed. Frost can kill emerged soybean plants outright if temperatures are below 28 degrees F for an extended period of time (over four hours). Even if not lethal, cooler temperatures slow growth and put plants at increased risk of disease. In most cases slow growth due to cooler temperature will not negatively influence yield.

Luckily, growers can keep in mind some key management practices to offset these risks. Growers should closely evaluate conditions at planting including is the soil fit for planting, are soil temperatures near or above 50 degrees F, and is the weather forecast for the next 24 to 48 hours following planting favorable. Seed treatment use — especially the combination of fungicide and insecticide treatments — may help avoid replanting as it increases initial plant stands by 20% on average.

Early planting can also coincide with high populations of bean leaf beetles. In fields with a history of leaf beetles or other insect infestations, it is recommended to manage populations since they can negate the benefit of early planting. Bean leaf beetles can easily be managed by foliar insecticide or an insecticide seed treatment, so that should not hold growers back from a higher yield potential. Controlling early season problems helps maximize the yield benefit from planting the last week of April through the first week of May.

Unfortunately, even with correct management practices to offset risks, sometimes soybeans will fail to develop in a healthy way. If conditions result in poor stand establishment, when and how should growers consider a replant? Replanting soybeans stands below the threshold of 100,000 plants per acre by filling in the existing stand will increase yield regardless of the date and seed treatment use. It is not recommended to tear up an existing soybean stand. Below-threshold plant stands should be filled with enough seed to bring the final stand above the 100,000 per acre recommendation. Using tillage and replanting the entire stand greatly limited yield potential in studies even at replant seeding rates of 220,000 seeds per acre. This is due to the entire plant stand being replanted or essentially planted later.