Home / Blogs / The raw deal with raw water: Fears of a few can lead to the doubts of many 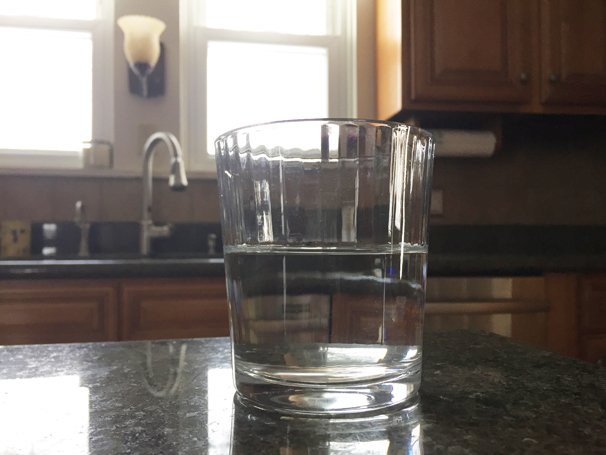 The raw deal with raw water: Fears of a few can lead to the doubts of many

I was recently in the midst of a battle with a broken water softener. I was made aware of the problem via an aggravating beeping sound coming from the basement — the “error” alarm on the water softener.

Within hours I discovered that my thrice-filtered well water had gone from clear to an unsettling iron orange color. I determined the problem, ordered the part and got the water softener issue resolved as quickly as possible. Filtered, treated, softened water is a very good thing that I really appreciate.

In the midst of the multiple-day water softening fiasco at my house, I read an article about the rise in popularity of a new, trendy beverage craze — raw water. According to the New York Times, raw water contains probiotics or “healthful bacteria” not found in city water or bottled water subjected to filtration that removes beneficial minerals. The “raw water” is said to be sourced from pristine natural springs and sells for staggering dollar figures of up to $60 a gallon. From a related New York Times article:

The founder of Live Water, Mukhande Singh, started selling spring water from Opal Springs in Culver, Ore., three years ago, but it was a small local operation until this year. Marketing materials show Mr. Singh (né Christopher Sanborn) sitting naked and cross-legged on a hot spring, his long brown hair flowing over his chest.

Pure water can be obtained by using a reverse osmosis filter, the gold standard of home water treatment, but for Mr. Singh, the goal is not pristine water, per se.

“You’re going to get 99 percent of the bad stuff out,” he said. “But now you have dead water.”

He said “real water” should expire after a few months. His does.

“It stays most fresh within one lunar cycle of delivery,” he said. “If it sits around too long, it’ll turn green. People don’t even realize that because all their water’s dead, so they never see it turn green.”

Mr. Singh believes that public water has been poisoned.

“Tap water? You’re drinking toilet water with birth control drugs in them,” he said. “Chloramine, and on top of that they’re putting in fluoride. Call me a conspiracy theorist, but it’s a mind-control drug that has no benefit to our dental health.”

The untreated, unfiltered and unsterilized raw water fad is big business in some areas, including San Francisco. I suppose it is certainly the prerogative of those with the means to buy raw water to do so. There are, however, growing concerns about the raw water’s high costs, incentive for trespassing on private property to collect and public safety.

As it turns out, water is filtered and treated for many good reasons, dysentery prevention, for one. Treating water has been a tremendous human health benefit because it removes bacteria, parasites, pesticides, and other contaminants. As a result, outbreaks from water-associated diseases are low in the United States where the water is treated. In parts of the developing world, though, limited access to clean, treated water is a real problem and issues including cholera are real threats to human health.

And water contaminants are not just problems in far-off places. From a recent Food Chat article from the Ohio State University College of Food, Agriculture, and Environmental Sciences by Tracy Turner and  Abigail Snyder with OSU Extension:

…There were some 42 waterborne disease outbreaks associated with drinking water in the United States from 2013 to 2014, resulting in at least 1,006 cases of illnesses, 124 hospitalizations, and 13 deaths, according to the CDC. Ohio was among those impacted states.

The biggest culprit was Legionella, which was associated with 57% of these outbreaks and all of the deaths, the CDC said.

One way to deter such waterborne disease outbreaks is through effective water treatment and regulations, which can protect public drinking water supplies in the United States, the CDC said.

And those consumers who want to take additional precautions when camping, hiking, or traveling to regions without strict water treatment programs can find additional information on filtration, boiling, and other practices from the CDC website.

It’s important to note that just because something is labeled natural, unprocessed, or raw, doesn’t automatically mean that it is healthy or better for you. And while there are some foods and drinks that are safe to consume raw, water is not one of them.

In addition to the concern that the raw water trend could make people sick, it is also one more effort undermining science and a means for spreading doubts from the fringes to the mainstream. Whether it is genetically modified foods, pasteurized milk or treated water, if the unscientific fears of a few turn into doubts for many, there can be real consequences for the supplies of food and water society depends upon, particularly for those with the lowest incomes.

I am proud to work within an industry where so many people stand up for the way they do things on the farm to address the unfounded fears of people who don’t know any better. So many dedicated farm folks have gone to great lengths to open up their barn doors to show others what they do and how they do it in an effort to combat the same kinds of fears that have led to the growing popularity of raw water. These efforts go a long way to not only highlight the positive things being done in agriculture, but also eliminate unfounded fears before they can even get started.

I appreciate the people and the science behind some pretty amazing things we often take for granted — including clean water and the safest, lowest cost food system in the history of the world. Taking things for granted for too long leads to some very strange developments, such as irrational fears about genetic modification, dangerous raw milk consumption and now, cross-legged long-haired naked guys selling high-dollar raw water and making a killing with every lunar cycle.

I happen to be a big fan of science and the wonderful benefits it brings to my food and my well water, which courtesy of a functional water softener, costs much less than $60 a gallon and keeps the Reese house dysentery-free in every phase of the moon.