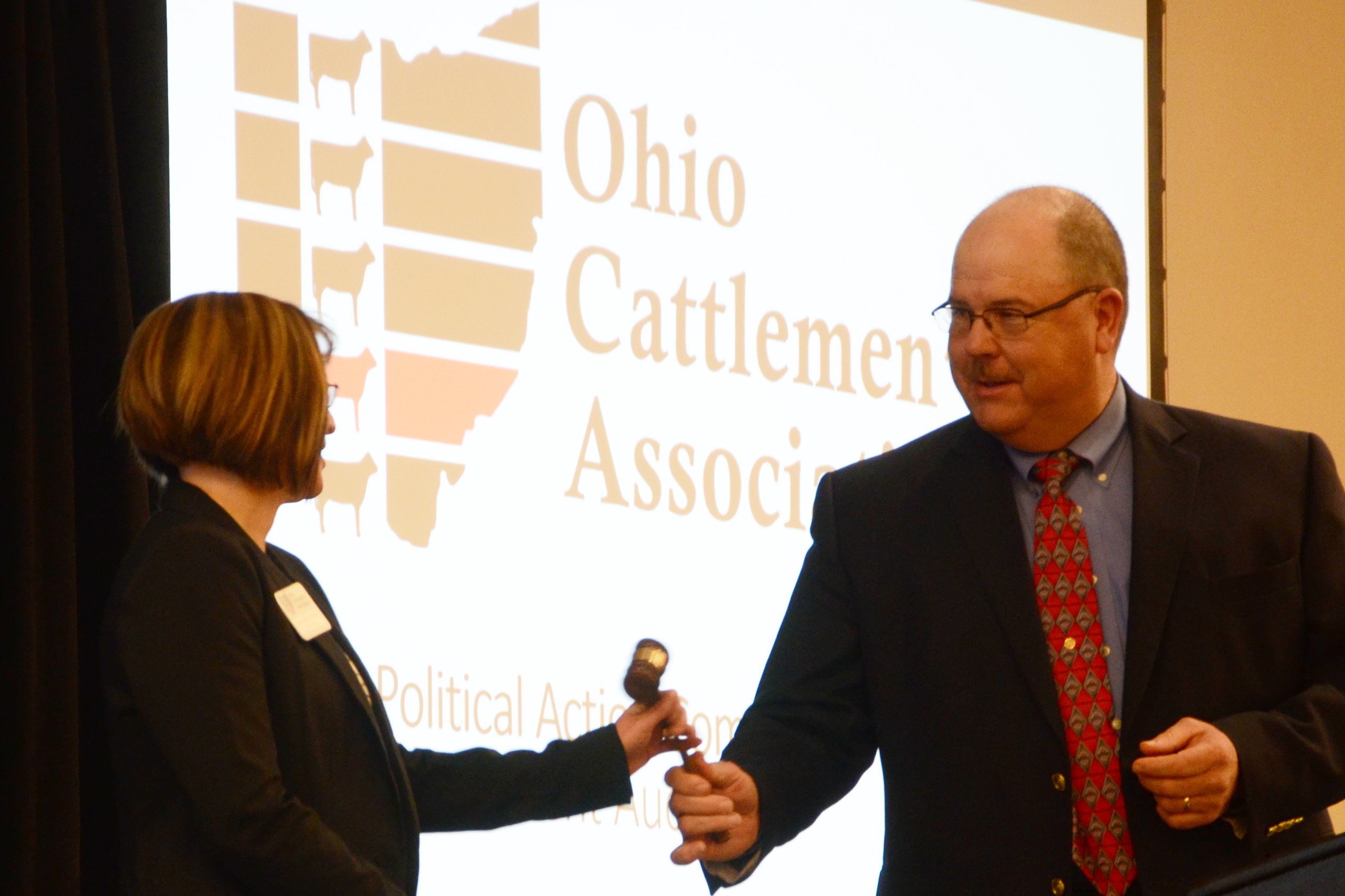 The Ohio Cattlemen’s Association Annual Meeting and Awards Banquet was held in January in Lewis Center at the Nationwide Hotel and Conference Center. More than 200 attended the event that offered educational breakout sessions, several new youth opportunities, the annual meeting, and evening banquet.

“We got an update from Washington, D.C. We heard about where we stand on the electronic logging devices, which is a big issue for a lot of our members and we talked about water quality issues. We also had our first annual youth quiz bowl and we had 42 individuals participate. We are trying to get some more of the youth involved in what we are doing here,” said Sasha Rittenhouse, the new Ohio Cattlemen’s Association president. “One of the biggest things I am looking forward to as president is giving back to an association that I truly believe benefits every single beef producer in the state. The OCA does so many things that a lot of people do not realize. We go to the State House and Washington, D.C. when there are issues trying to put a face with a name. We want to make sure they realize that, though there are not many of us, we are feeding people around the world.”

Meeting attendees heard from industry resource speakers including Alvaro Garcia Guerra with Ohio State University talking about pregnancy loss in beef cattle. Other featured speakers at the event included Cathann Kress, dean of the OSU College of Food Agriculture and Environmental Sciences, John Foltz, chair of the OSU Department of Animal Sciences, and Colin Woodall, with the National Cattlemen’s Beef Association, who offered insights into issues at the federal level.

“The overall attitude when you look at the beef cattle industry is one where the current administration cares a little bit more about what we have to say. That has been encouraging for us with any number of issues right now. Having an administration that wants to talk with us and help to fix our problems has made 2017 a whole lot better. We look forward to more wins in 2018. With what you hear in the national media it sounds like a bunch of chaos, but from a beef cattle perspective it has been a good year,” Woodall said. “There were two huge wins for us in 2017. One was the rollback of EPA’s WOTUS rule and the other was re-opening China to U.S. beef. Both of those we had spent over a decade working on.

“Of course the President has made it clear that he wants to renegotiate NAFTA. As long as we don’t touch the beef and cattle trade provisions we are fine with that. It has worked really well since that agreement has been put into place and we have to maintain our access to Canada and Mexico that are both in our top five for export markets. Our domestic herd is growing and we have to be able to move that product. Having access to Canada and Mexico is a key component of that.”

Another issue is a battle over food product labeling.

“We do not want the vegetable-based products or lab test tube-based products to be able to use our terminology like beef or hamburger. We don’t mind if people want to find new ways to produce protein we just don’t want them to use our nomenclature because we have worked hard to build the names around our business and we don’t want the consumer to ever be confused,” Woodall said. “We are also going to continue to work on trade access to maintain the agreements we have and open up new markets. We have some work left on the environmental side too. There are still rules and regulations left over from the Obama Administration that we have left to fix. We hope to push forward to get a farm bill done before the current one expires in September.”