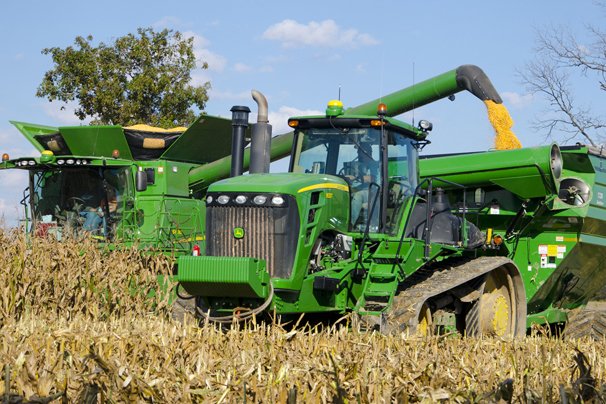 Numerous producers who in recent years had completed corn and soybean harvest by the end of October found their work days stretched late into November. Many continue to be amazed at the huge corn yields of this past growing season. While not everyone had record corn yields this fall, it was a common occurrence across Ohio. It would appear that that were more record corn yields than record soybean yields. Rainfall at my house in Lancaster was six inches last month. No doubt many readers have similar totals.

Grain facilities across the state had storage space stretched to the maximum this fall. While those rainy days of October and November delayed harvest, it did allow grain handlers to get caught up on drying corn this fall. Late November some facilities were open limited days as they wanted to be full at the end of harvest. With basis levels already appreciating for corn and soybeans by the end of November, some producers will be anxious to move grain this month to core their grain bins. Looking ahead, declining temperatures suggest that winter is knocking at the door. Temperature forecasts into mid-December show low 30s for highs and teens for the lows. Numerous forecasts this fall have already suggested this winter will be a cold one, returning us to the temperature extremes we faintly remember, while hoping the extremes won’t be a trend for the future.

USDA will publish this month’s Supply and Demand Estimates on Dec. 12. Crop production and yields will not be published with the December report. The Jan. 12, 2018 USDA report will be the last production report for 2017 corn and soybeans. The January report will also detail grain stocks as of Dec. 1 in their Grain Stocks Report. This report breaks grain stocks into off-farm as well as on the farm. That has been the standard report process used by USDA and NASS for decades. With 17% less corn production expected from Brazil in coming months, all will be watching U.S. corn exports closely in the months ahead. While sales and shipments are behind those of last year, there are thoughts that exports could bump higher in the second half of the marketing year which is March through August 2018.

Producer bins appear to be locked tight with the tight trading range corn had during October and November. March CBOT corn had a range of $3.49 to $3.69. Producers want to see the front number start with four to say the least. January CBOT soybeans seem stuck in a range of $9.70 to $10.10. Closes above $10.10 point to resistance levels at $10.30. Cash soybeans at $10 or higher will open the bin doors for producers needing cash in the next 60 days.