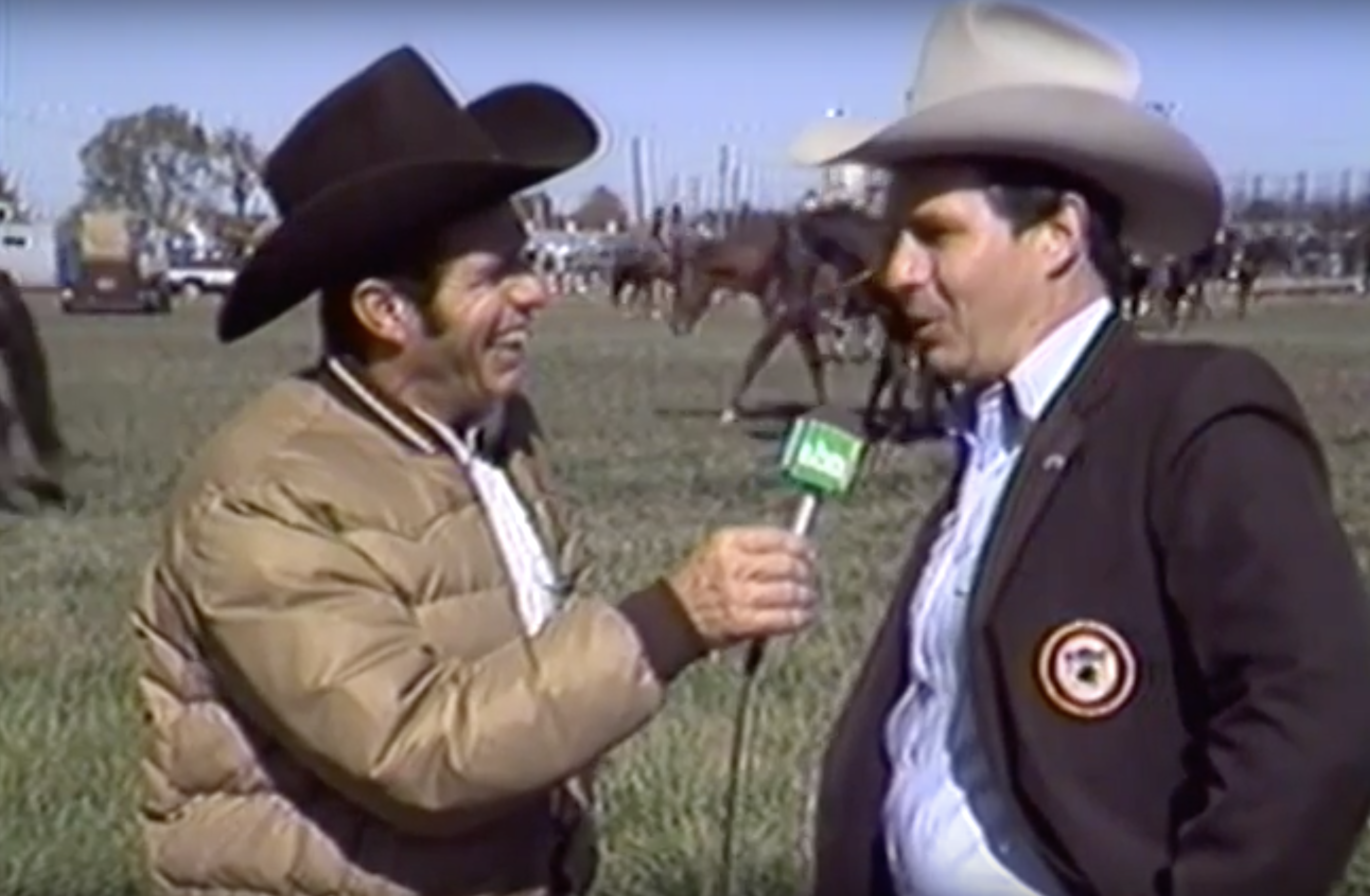 I take great pride in being a farm broadcaster, an opportunity in no small part thanks to the rich history of agricultural communication in Ohio. A huge figure in this industry was the remarkable Ed Johnson, the founder to our company today. It’s hard to go around and not hear people reminiscing of his name or seeing the great pride someone has as they say, “You know I was interviewed by Ed back in the day.”

We’re now getting a glimpse of just how many interviews there were as our crew at Ohio Ag Net & Ohio’s Country Journal has undertaken a new endeavor — converting all the Agri Country episodes from their current tape form over to digital to preserve them for current and future generations.

Agri Country was a weekly television show that appeared across Ohio (and parts of surrounding states) featuring agriculture and the unique people that made it happen. Ed Johnson hosted each episode, with various contributors coming and going through the years. It began in 1982 and ran until shortly after Johnson’s passing in 2001.

While we’re busy at work saving the history of Ohio agriculture for generations to come, here’s an episode of Agri Country from this exact time of year about 34 years ago. The episode appeared on November 12, 1983 and showcases the All-American Quarter Horse Congress. Take note the talk of it moving somewhere else in the coming years. Also appearing in the episode is a unique glimpse into the loading and shipping of grains on the Ohio river.

I’m a pretty young pup. The final years of Agri Country coincided with my first years of elementary school. Nevertheless, I know the importance of the past and there’s quite a bit of history jam-packed into those aging tapes.

Yes, it’s exciting to look back on Ohio agriculture through the lens of Agri Country. The show featured the great strides farming has made in during that time with regard to technology. Not to mention many of today’s industry leaders can be found as young people in early episodes, with their progress thoroughly documented through the years. An example can be found when Ed interviewed the newly-placed executive vice president of the Ohio Farm Bureau, Jack Fisher. Fast-forward to today and Fisher has recently retired after serving in that position ever since. The legends of Ohio ag in that timeframe — the likes of Governor James Rhoades, Bob Evans, Merlin Woodruff and many more — make an appearance from time to time.

The show is not only educational from an agricultural perspective, but also interesting from a purely sociological standpoint. It’s quite obvious that gender norms have changed. For example, the Farm Wife of the Week highlight was pretty standard. Many interviews dealing with farm events focus a majority of the questions on the upcoming things to learn, though they always seemed to be finished with, “What do we have to offer for the ladies in attendance?” Times have changed.

With that said, some things don’t change — like the aggravating nature of tape players. That’s one of the many factors ensuring this digital conversion venture does not happen overnight. The sheer number of episodes involved poses an issue. Agri Country ran every week for nearly 20 years, that means well over 1,000 episodes have to be converted, edited, catalogued, and archived. Also challenging is that a majority of the episodes were not stored on traditional media (like VHS tapes), but rather a type of 3/4-inch tape popular with professional video at that time. Not only are players for these tapes hard to find, but they’re tired old machines with a tendency for error. You could even say we run a sort of retirement home for the tape player. A number of massage techniques are employed to keep the ol’ gals happy.

To add even one more issue to the archival process is the fact that these “U-Matic” tapes suffer from something called sticky shed syndrome. I didn’t even know tapes could have syndromes! Sticky shed has to do with the deterioration of the tape while in storage, causing issues when trying to play back several years later. Dealing with this has forced us to resort an interesting, widely used solution in the archival world. We bake every tape before converting it. Yes, bake. We literally have a modified toaster oven and dehydrator that we pop the tapes into. We have to be careful some days not to get our lunch confused with episodes of Agri Country.

The conversion process is ongoing and will be for some time, though we’re a couple hundred episodes in and the results are astounding. For the time being, we are not releasing episodes of Agri Country to the public, other than from time to time on our website.

Would you like to see more Agri Country episodes down the road? What favorite memories do you have from Agri Country? What do you think about converting these episodes to digital? I’d love to hear your thoughts in the comments below.