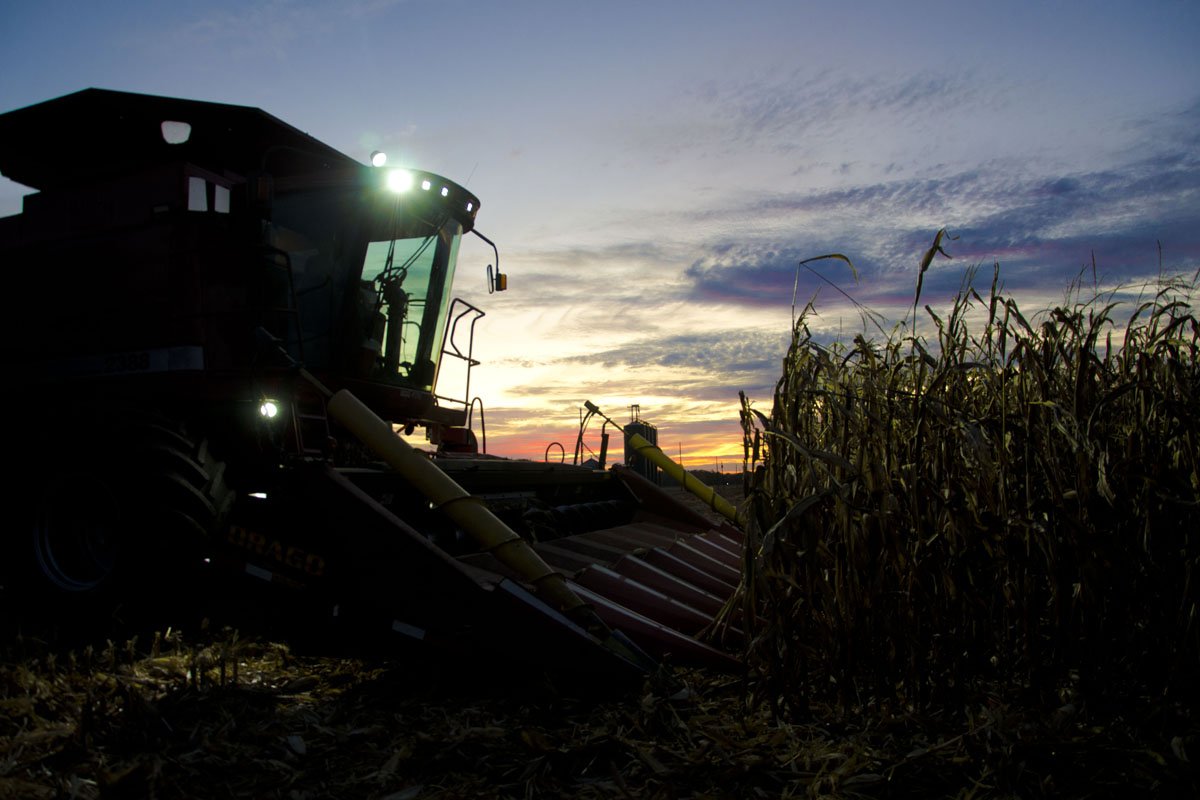 Today USDA again provided a surprise as they increased the corn yield more than expected. The soybean yield was unchanged. Brazil’s soybean production was higher, a bit bearish. The soybean carryout was reduced, that was expected.

Minutes after the report corn was down 3 cents, soybeans down 4 cents, and wheat up 2 cents. Just before the noon report, corn was unchanged, soybeans were up 5 cents, with wheat up 3 cents.

Corn prices have been very boring for at least the last month. Daily price ranges have often been 2 to 3 cents from the day’s high to the day’s low. Earlier this week corn spent much of the day trading with just a one cent daily range. It has been a common thread for the past month that the report today would show corn yields increasing while soybean yields were expected to decline. December CBOT corn since Sept. 1 has seen a high of $3.62 and a low of $3.425. The past six weeks it has seen a high of $3.5525 and a low of $3.425. That low was made with the Oct. 12 report when the corn yield increased almost two bushels per acre. Corn has had difficulty trading above $3.50 and below $3.45.

The average trade estimate for the corn yield was 172.4 bushels per acre. Meanwhile, the average soybean yield by traders was pegged at 49.3 bpa compared to 49.5 bpa from last month. Corn ending stocks were projected to increase slightly while seeing the soybean ending stocks decline by a very small number. Corn and soybean volumes have been very light in overnight trading many days this past month.

Ohio producers are looking for a break in the weather to finish corn and soybean harvest. Last weekend’s rainfall totals for much of the state exceeded 3 inches while reaching almost 5 inches in south central Ohio. That rainfall has kept many producers out of the fields early this week. A small number were back harvesting on Wednesday. The huge amount of corn and soybean replant acres this spring had kept producers out of those fields with maturity taking place slower than desired. Unfortunately, with the change in the weather, daily highs are struggling to be in the 50s. Those temperatures combined with cloudy days result in very little field drying. Daily lows the next two mornings in the low 20s are in the forecast. Western Ohio had heavy winds on Sunday that did extensive damage. Those winds did not follow all the way across the state.

Weather in South America has been the wild card in recent weeks. Soybeans have not collapsed for days in a row with recent rains in northern Brazil. Earlier in October it was too wet in Argentina and southern Brazil while too dry in northern Brazil. Soybean planting in Brazil has been at a slower pace than in past year as farmers waited until mid-September and later to begin planting soybeans. Waiting for moisture was the reason for delays. Late last week Brazil’s farmers were heavy sellers of soybeans as their currency declined.

Quickly dismissed earlier today was the corn export sales report of 93 million bushels. Today’s sales are the third largest weekly corn sales since October 2007. The record in the past 15 years appears to be the late October 2013 sales report that combined several weeks of sales at 179 million bushels. The government shutdown Oct. 1-16, 2013 prevented USDA from compiling reports for several weeks.

Most important today will be the corn close. Will it make new contract lows?