Take a last look for Palmer amaranth and waterhemp in fields

As harvest draws near for Ohio’s corn and soybeans, it is a good time (and maybe a last chance) to assess fields for weeds with long-term implications — Palmer amaranth and waterhemp.

“This is your last shot to keep from permanently changing the profitability of your farm operation,” said Mark Loux, Ohio State University Extension weed control specialist. “Our two big offenders late season are typically marestail and giant ragweed, so you’re looking for something that looks different than that. We do pre-harvest scouting in a bunch of counties and if the field is big we’ll use binoculars. You’re looking for anything odd out there that you don’t recognize. Your goal of course is to try to prevent any seed production from Palmer amaranth and waterhemp. The same thing can happen too when you’re on the combine. Stop and don’t blow it through the combine. Get out to figure out what it is. Look at how many are out there. Has it been out there for a couple of years? Is it already a mess? Can you pull them by hand?”

Then, Loux said, there are right and wrong ways to handle the situation.

“Preble County is really a textbook example of how a community can react in the right way. Once it is in the area, Palmer amaranth is a community effort. We try to link up dealers and growers and neighbors so that everybody is involved and knows the ramifications. What happened there was the Palmer came in, we think, via a load of hay from Kansas and it went out via the manure. It was discovered there and they immediately jumped right on it,” Loux said. “Even though farmers will have to spend more money because of Palmer, dealers are not anxious to have to control this weed because it is really no fun. I know one dealership took their entire staff out and walked a large field to pull the plants out. That is how concerned they were. After that, a grower pulled everyone together — the local dairy guys, growers, dealers and the industry in the area —and we had a meeting about what needed to be done and everybody was on board. They are going to stay on top of it and work together. Their attitude was a zero tolerance for Palmer amaranth going to seed.”

Looking forward in the Preble County area, Loux said remediation will require continued use of aggressive herbicide programs in infested fields along with continued frequent observation and hand removal of plants. The wrong way to handle the situation is to ignore it and run the plant through the combine.

“In other situations I have gotten there too late and it is out of control or I have a hard time getting across what the consequences can be,” Loux said. “In some of those cases the neighbors are fit to be tied about someone who really could mow down and take care of it but they don’t.”

Both Palmer amaranth and waterhemp have been found in more places around Ohio this summer.

“Newly discovered Palmer infestations in some fields were too high to be remediated by walking fields and removing plants, although there is still some potential to mow down weeds and soybeans to prevent seed production and even bigger problems next year,” Loux said in a recent CORN Newsletter. “Essentially all of the Palmer amaranth that we have screened for resistance has been resistant to both glyphosate and ALS inhibitors (site 2), but we have not yet found resistance to PPO inhibitors (site 14). Resistance characteristics of waterhemp populations are more variable. They are all resistant to ALS inhibitors. Resistance to glyphosate is now fairly common in the western half of the state, and PPO resistance is getting a foothold as well. Waterhemp populations in eastern Ohio are more likely to be still sensitive to both glyphosate and PPO inhibitors.”

The presence of either weed presents significant weed control challenges for the future.

“Neither one of these weeds is a picnic to deal with, and both can cause substantial increases in the cost of herbicide programs. The trend across the country is for them to develop resistance to any new herbicide sites of action that are used in POST treatments. So preventing new infestations of them should be of high priority for Ohio growers,” Loux said. “When not adequately controlled, Palmer amaranth can take over a field faster than any other annual weed we deal with. Taking the time to remove any Palmer and waterhemp plants from fields now will go a long way toward maintaining the profitability of farm operations.”

The Ohio State University’s Weed Management team has prepared an excellent brief video on identification and a fact sheet on Palmer amaranth and water hemp identification.

“The dead giveaway for Palmer amaranth as we move into late summer is the long seedhead, and those on female seed-bearing plants are extremely rough to the touch,” Loux said.

• Take some time now into late summer to scout fields, even if it’s from the road or field edge with a pair of binoculars. This would be a good time to have a friend with a drone that provides real-time video, or your own personal satellite. Scouting from the road is applicable mostly to soybean fields, since corn will often hide weed infestations.

• Walk into the field to check out any weeds that could be Palmer amaranth, waterhemp, or are otherwise mysterious. If you need help with identification, send photos to us or pull plants and take them to someone who can identify them.

• Where the presence of Palmer amaranth or waterhemp is confirmed, check to see whether plants have mature seed (the Palmer plants with the rough seedheads), by shaking/crushing parts of the seedhead into your hand or other surface that will provide contrast. Mature seed will be small and very dark.

• If the Palmer amaranth or waterhemp population is too dense to remove from the field, some decisions need to be made about whether or how to mow or harvest. Harvesting through patches or infested fields will result in further spread throughout the field and also contamination of the combine with weed seed that can then be dispersed in other fields. So consider: 1) not harvesting areas of the field infested with Palmer amaranth or waterhemp, and instead mowing several times to prevent seed production, and 2) harvesting the infested field(s) after all other fields have been harvested, and cleaning the combine thoroughly before further use. This also applies to any infestations that are discovered while harvesting.

• Scout field borders and adjacent roadsides, and also CREP/wildlife area seedings, which can be infested due to contaminated seed produced in states where Palmer amaranth is endemic and not considered noxious.

• ODA will test any seed used for these purposes for the presence of Palmer amaranth. 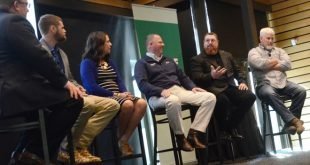 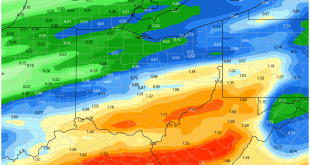 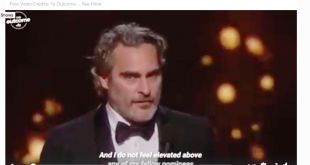