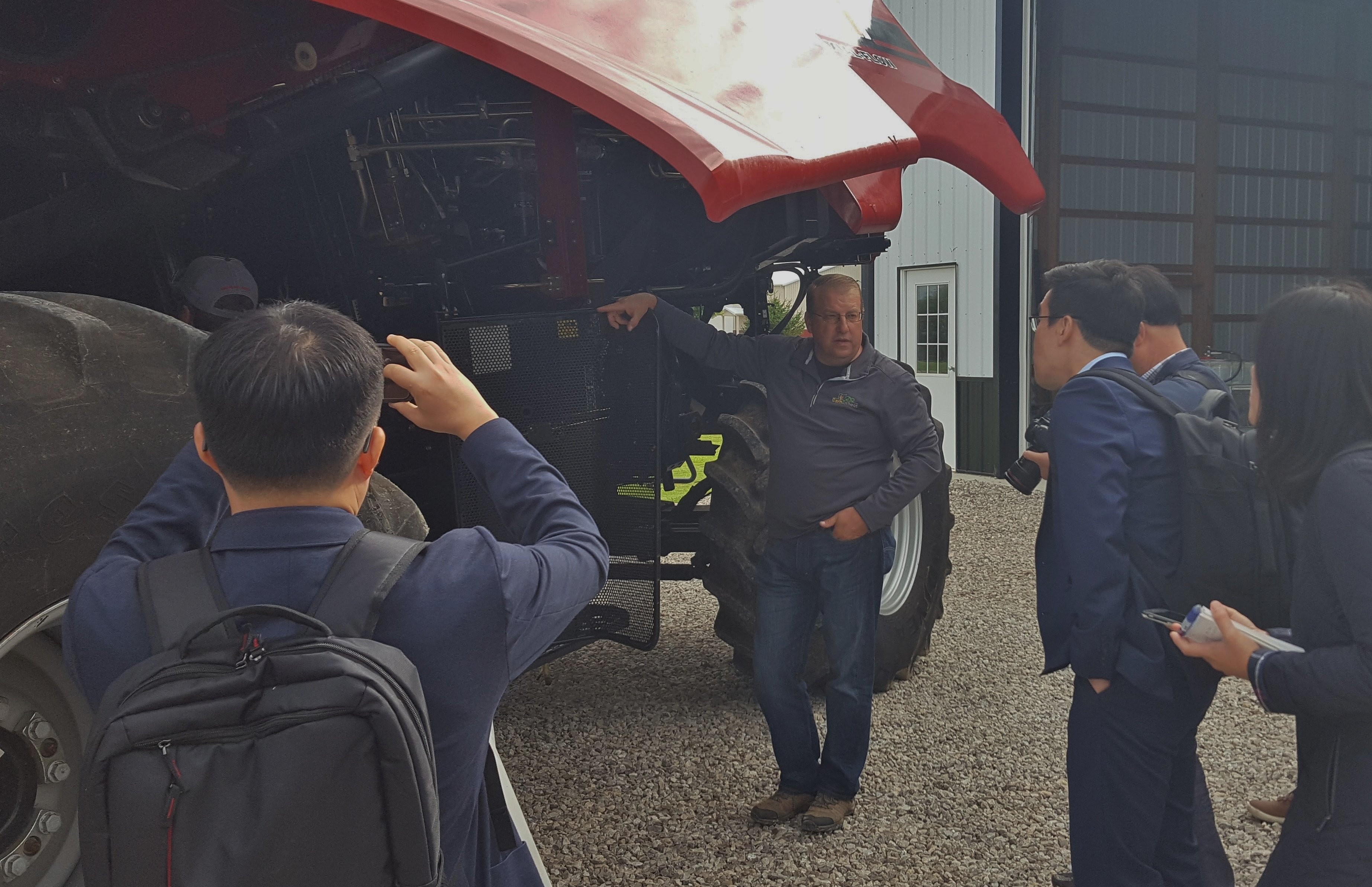 The U.S. Grains Council (USGC) said trade teams from South Korea visiting the U.S. over the last three months helped to solidify trade between the U.S. and Korea under the U.S.-Korea Free Trade Agreement, known as KORUS.

The Council has been hosting trade teams this summer from South Korea, visiting U.S. farmers and grain suppliers in eight states, including Gar-Mar Farms in Delaware, Ohio.

“It’s really an honor for Ohio to be selected for a visit,” said Tadd Nicholson, Executive Director of Ohio Corn & Wheat. “I think it is because farmers and agribusinesses here are so willing, transparent, open and welcoming to our foreign corn customers. It wouldn’t be possible without the use of our checkoff dollars as well. In this case, the U.S. Grains Council is utilizing those funds to make an Ohio corn farmer part of that world market.”

Whether just across country borders here in North America or with potential trade partners on the other side of the globe, building relationships is key to success.

“It’s really not different from any other business in that it’s just more comfortable to know who you are doing business with,” Nicholson said. “If a country is going to buy large quantities of corn as the Koreans have, they are going to take the time to come over, kick some dust and climb in some big farm equipment with us and meet those supplying them with high quality corn.”

Korea is the third largest importer of U.S. corn and U.S. dried distillers grains thus far in the 2016-2017 marketing year, and South Korea has purchased 42 million gallons of U.S. ethanol this marketing year.

“The reason we chose to visit Ohio is because this trade delegation is interested in food grade grains and they have heard about how good the state’s non-GMO crop is,” said Haksoo Kim, Korea’s Country Director for the U.S. Grains Council. “We have spent a lot of time visiting farms and grain elevators to check the new crop corn conditions.”

Koreans use American food grade corn to produce starches and syrup and other corn byproducts.

“Keeping a good trade relationship with the U.S. is very important for South Korea,” Kim said. “If they had to buy corn from other countries, like those in South America for example, they would have to pay tariffs. So, buying from the U.S. just makes good economical sense for Korea.”