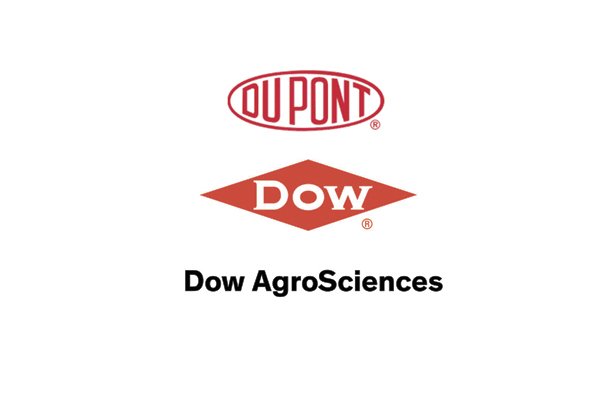 As of the close of the stock market on Aug. 31, Dow Chemical Co. and DuPont Co. have merged.

DowDuPont plans to split into three separate companies focused on agriculture, specialty products and materials. Yesterday’s closing is a result of a late 2015 decision by the Dow Chemical Company and DuPont boards of directors that unanimously approved a definitive agreement to combine in an all-stock merger of equals.

“This transaction is a game-changer for our industry and reflects the culmination of a vision we have had for more than a decade to bring together these two powerful innovation and material science leaders,” said Andrew N. Liveris, Dow’s chairman and chief executive officer in 2015 after the merger plans were announced. “Over the last decade our entire industry has experienced tectonic shifts as an evolving world presented complex challenges and opportunities — requiring each company to exercise foresight, agility and focus on execution. This transaction is a major accelerator in Dow’s ongoing transformation, and through this we are creating significant value and three powerful new companies. This merger of equals significantly enhances the growth profile for both companies, while driving value for all of our shareholders and our customers.”

The transition to three separate companies will take place over the next 18 months.

“This is an extraordinary opportunity to deliver long-term, sustainable shareholder value through the combination of two highly complementary global leaders and the creation of three strong, focused, industry-leading businesses. Each of these businesses will be able to allocate capital more effectively, apply its powerful innovation more productively, and extend its value-added products and solutions to more customers worldwide,” said Edward D. Breen, chairman and chief executive officer of DuPont. “For DuPont, this is a definitive leap forward on our path to higher growth and higher value. This merger of equals will create significant near-term value through substantial cost synergies and additional upside from growth synergies. Longer term, the three-way split we intend to pursue is expected to unlock even greater value for shareholders and customers and more opportunity for employees as each business will be a leader in attractive segments where global challenges are driving demand for these businesses’ distinctive offerings.”

Of course, there are concerns about this, and other, massive mergers among agriculturally focused corporations.

“While farmers need not analyze the minutia of the proposed unions, it is important to consider what impact these mergers might have on their farms. Net farm income for 2017, when adjusted for inflation, is likely to fall to a 15-year low,” said Leisa Boley-Hellwarth, a dairy farmer and an attorney from Celina. “Anything that puts added strain on finances is a problem. Additional concentration in an industry rarely leads to savings. Some producers and farm groups fear that higher prices are likely.”

“We’ve seen a massive trend towards consolidation with all of the ag inputs and processing sectors. We have long been concerned about that, but this year with the down farm economy we have seen a number of mergers announced and working their way through various regulatory processes. We’re really concerned about the already highly consolidated big six seed and chemical companies turning into the big four and what that means for farmers in terms of higher costs, reduced choices, and less innovation down the road,” Patterson said. “There needs to be more innovation coming up and not less. We are really concerned about that and we continue to work on the consolidation issues on the poultry and livestock processing side too. We are working to increase competitive markets.”

“Use your voice to call your member of Congress and tell them that you are concerned about these mergers,” she said. “Get the word out about these issues because consolidation is here, it is getting worse and it has reverberating impacts across the rural economy.”

Following the European Union approval of the merger between Dow Chemical Co. and DuPont Co. in March, the NFU called on the Trump Administration to block the deal.

“The reduction in competition that would be wrought by a Dow-DuPont merger will result in less innovation, higher prices, and less choice for farmers,” said Roger Johnson, NFU President in a letter to President Trump. “Given the damaging and lasting effects this merger will have on family farmers and rural America, we urge you to oppose this merger.”

The National Corn Growers Association has also expressed potential concerns with the Dow-DuPont merger citing the likely increased seed market concentration that will result. NCGA also recognizes, though, that mergers can also offer benefits to farmers including increased synergy and more efficient innovation due to stiff competition moving forward between the remaining, large evenly-matched companies after the mergers. With the high costs and abundant regulatory requirements to bring new technology to the market, large companies with deep pockets are necessary.

“As we evaluate farmer access to seeds and traits, we do see additional potential benefits arising from this merger. Dow’s seed products have been delivered primarily through a retailer network. DuPont‐ Pioneer has relied, extensively, upon its farmer‐dealer network for seed delivery. Again, by merging Dow’s trait development expertise with Pioneer’s germplasm — and by taking advantage of the existing dual system for delivering seeds to farmers — farmers could see greater access to a broader range of seed products coming from the new company,” said the NCGA in a letter last summer. “…Our analysis notes that the complementary product lines of Dow and DuPont within the crop protection chemical market — actually will create stronger competition within this market. Bayer and Syngenta dominate the global market today. A broader offering from a new Dow‐DuPont company could actually provide greater access to, and a broader portfolio delivered from, the domestic agrochemical retail market. This enhanced competition at the retail level could result in more favorable farmer pricing of crop protection chemical products.”