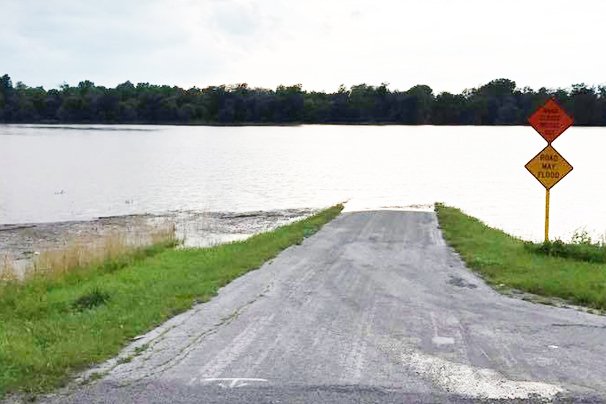 The first half of July has left many farmers with very soggy, flooded fields and struggling crops all around the state of Ohio. It seems there was ample moisture pretty much everywhere in Ohio in the last couple of weeks in what has been a very wet start to the month.

“What’s going on right now is obviously we’ve seen an incredible amount of rainfall across a lot of Ohio and that’s thanks to a very slow moving frontal boundary moving through a lot of the Ohio valley right now,” said Ed Vallee, meteorologist with BAMWX.com. “For a normal seven-day period here across the state of Ohio, typically we only see about an inch to maybe an inch and a quarter in any given week during the middle of July. During this very wet stretch a lot of places have seen that just last night. As we move through the seven-day period, a lot of areas have seen two to six inches of rain. So anywhere from two times to as much as six or seven times the normal amount of rainfall just in this past week.”

The recent totals add to an already wet summer, before this most recent episode, Vallee said.

“A normal 30-day period, you’re looking at about four or five inches of rain this time of the year and looking at some of the data that I’m seeing here, for the last 30 days across the state of Ohio we’ve ranged anywhere from four inches, which is about normal, all the way up to as much as fifteen inches in some places in northwestern Ohio. We’re certainly well above normal here this past month and obviously this is a very crucial time of the year so too much rain can certainly not be the greatest of things.”

Vallee said things vary greatly depending on which part of the state and county a farm is located. He notes how some farms need a reprieve right away while others are doing ok for the time being.

“We are getting into that time of year where obviously the pollination is occurring within the corn crop and our soybeans are progressing along as well. From the talks I’ve had with customers across the Corn Belt, especially the eastern belt like Ohio for example, some places are under water,” he said. “In places like northwestern Ohio, west central Ohio, the rain needs to stop fairly quickly. Unfortunately I don’t see that happening for the next 10 days. But farther to the west where the rainfall might not be quite as bad, I think the sprinkler can keep on coming so to speak.”