Home / Blogs / The exhibitors are the champions 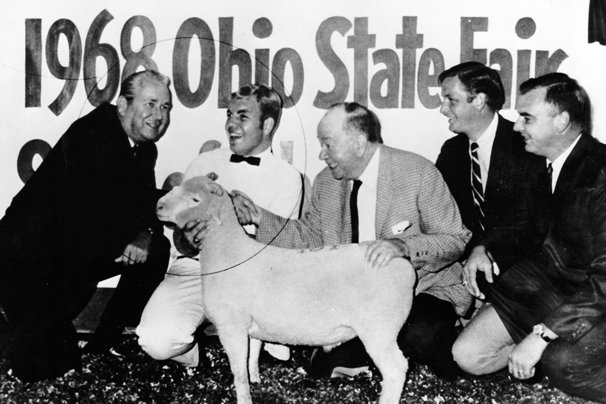 Bill Chapin had the 1968 grand champion market lamb in the first Sale of Champions. It sold to the Grandview Inn for $1,225. Photo courtesy of the Ohio State Fair.

The exhibitors are the champions

When the Ohio State Fair recently put out the list of exhibitors from every Sale of Champions since the first one in 1968, I really enjoyed taking a few moments to read through the list. Johnny Regula, auctioneer for the Sale, did too.

“I have always felt the SOC is Ohio production agriculture’s chance to showcase our products — our boys and girls and our livestock. You take the list and look at the names of these exhibitors from the beginning and look now at what they are doing in agriculture, they are all leaders. That is what this program does,” Regula said. “You see these little dynasties. Here recently one of those might be the Banbury family. Going back you had the Westlake family do the same thing. In cattle you had the Shane family and in hogs you had the Islers and the Jacksons and then you had Rusty Coe. It is really hard to do that.”

Ohio State Fair General Manager Virgil Strickler has really enjoyed getting to know some of these exhibitors through the years as well.

“I’ll never forget the heart-to-hearts I’ve had with exhibitors and their families, and the lifelong friendships I’ve made,” Strickler said. “I remember my very first year as Agriculture Director in 1993 talking with the Banbury family about the excitement of being a part of this great fair.”

The later-in-life success of former SOC exhibitors goes to show that the founding efforts of Gov. Jim Rhodes to start the first Sale of Champions in 1968 were a right- on-target investment in the future.

“It is great to see how the kids showing livestock have evolved and gone on to succeed in other segments of the industry,” said Mike Bumgarner, CEO of United Producers, Inc., who had the grand champion steer at the 1975 Sale of Champions. “The show ring is just a small segment of the industry, but it is a big stepping-stone.”

Buyers at the Sale continue to step up their bidding efforts, and the appeal of those hard working exhibitors keeps the buyers coming back.

“It used to be that the buyers were after a certain animal — they wanted the hog or the steer. Now, much like the county fairs, it depends a lot on the individual and their family,” Regula said. “That is why certain animals bring what they do because of who the exhibitors are.”

A big part of the livestock auction business is getting to know the exhibitors and their families, which is something Regula has really enjoyed through the years.

“I have had relationships with a lot of these families for many years,” Regula said. “What is fun for me is that now some of the people I sold for are grandparents and I am selling for their grandkids — that makes it special.”

“In this day and age of fast moving things and social media, it is a blessing that we are still doing this 50 years later. The reason is still the same. In 1968, Gov. Rhodes wanted to help the boys and girls that won and provide them with some type of a scholarship and this was the best way to do it. He called auctioneer Merlin Woodruff and Merlin jumped on board and it has been going on ever since. Merlin’s relationship with the Governor was special. Gov. Rhodes was such a promoter that all Merlin had to do was sell them. He pretty much knew who was going to buy them before the Sale. That is not the case now,” Regula said. “Every year I walk into this Sale of Champions and I know who is going to play, but I don’t know who is going to buy and what the animals will bring. What you see happening is happening. It is real. And now we are seeing, more often, multiple buyers going together to buy animals where in the past it was just Bob Evans or just Wendy’s. I have no idea what it is going to bring. It is a real auction and it is very important to these boys and girls. It is no different than if you have an outstanding athlete. This is our way of providing scholarships for the best of the best.” 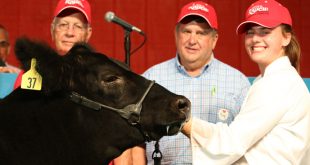 It is another fantastic Sale of Champions at the 2019 Ohio State Fair. Watch it …