Home / Crops / Steps to keep palmer amaranth out of your operation

Steps to keep palmer amaranth out of your operation

As of the end of 2016, Palmer amaranth had been found in 18 Ohio counties, and the majority of it is resistant to both glyphosate and ALS-inhibiting herbicides (site 2) based on OSU greenhouse screening.

Not all of these “finds” represent problem infestations, and in some cases the potential for a few plants to become an established patch was remedied by timely removal and subsequent monitoring. There are however a number of fields where Palmer became well-established and effective control has since required extremely comprehensive herbicide programs combined with removal be hand. This past growing season, three soybean fields were so densely infested with Palmer that they had to be mowed down in early August. At that point, the only recommendation we could make was mowing to prevent the production of massive amounts of additional seed, in order to at least limit somewhat how bad future infestations were going to be (photos of this on our blog at u.osu.edu/osuweeds). These infestations obviously started prior to this year, and were ignored, allowing them to continue to increase to the point of disaster. This scenario is of course what occurred in many fields in the southern United States as Palmer spread and took over fields. In this article we cover the relative importance of the various paths of Palmer amaranth introduction in to Ohio fields so far, and the steps growers can take to prevent infestations from becoming established.

1. Use of cotton feed products from the south by animal operations, and subsequent spread of manure from these operations onto crop fields has been responsible for most of the infestations in Ohio so far. Palmer is widespread in cotton fields in the south so the cotton harvest byproducts that are shipped to Ohio for use as feed have a high potential to contain Palmer seed.

Action items: a) avoid use of these feed products, b) educate animal operations in your area about this issue; c) if still using these feed products, find out whether the supplier has taken any steps to remove Palmer seed prior to shipping them here; d) if possible, store manure in pits for a period of time prior to spreading, which may reduce the seed viability at least somewhat.

2. Field to field spread by local equipment has occurred in a few areas of the state, primarily via combines that are used in Palmer-infested fields without subsequent complete cleanout (and it’s impossible to get all Palmer seed out of a combine anyway).

3. Purchase of used equipment that came from the south is known to be the source of several infestations in one area of the state. In this case a used combine was purchased from a local equipment dealer, but apparently originated in Georgia.

Action items: a) when purchasing used equipment, especially combines, know the full history; and b) avoid purchase of combines from Palmer-infested areas.

4. Contamination of seed used for establishment of cover crops, CREP and similar areas, pollinator areas, wildlife areas, etc. We should say at the outset here that as far as we know this has been the source of only two infestations of Palmer amaranth in Ohio — one in Scioto County that may have started in about 2007, and one in Madison County several years ago that was torn up to prevent future problems and so did not turn into an established infestation. However, a pollinator seeding program in Iowa this year resulted in many new introductions of Palmer amaranth due to the contamination of pollinator seed with Palmer seed.

Much of this type of seed is produced farther west (Kansas, Texas, etc), or

in the south in the case of warm-season grasses, in areas that can be abundantly infested with Palmer amaranth. Palmer amaranth is not a noxious weed in the western states at least. The Catch 22 is that while seed sold for use here is not supposed to contain seed of Palmer amaranth or other weeds designated as noxious in Ohio, the fact that Palmer is not a noxious weed where the seed is produced means that the seed tag does not have to show whether Palmer seed is a contaminant. If you are thinking, “Well that doesn’t make any sense,” you’re not alone. Programs of state and federal agencies have been relying on seed tags for the most part, although they are encouraging growers to have seed tested. One county FSA office apparently does mandate testing of all seed. Pheasants Forever appears to have a more proactive approach in place. They contract with only one seed vendor each year. Prior to being shipped from the Kansas vendor, seed is first screened for the presence any pigweed, and then also Palmer amaranth if necessary.

Action items: a) Ohio Department of Agriculture (ODA) will screen any seed of this type for the presence of all Ohio noxious weeds. We recommend having this done prior to planting. Contact the ODA Grain, Feed, and Seed Program at (614) 728-6410. They have to pick the seed up, it cannot be mailed or dropped off.

Other possible mechanisms of introduction include movement of seed on animals or migratory birds or with floodwater, all of which are out of one’s control. Keep in mind that the residual herbicides we are using to control marestail and ragweeds also have activity on Palmer amaranth. The early-season control of Palmer that they provide allows for a fighting chance to scout and remove Palmer plants later in the season, before they have been able to produce viable seed. There was no use of residual herbicide in the fields that were mowed down this year (nothing except glyphosate actually).

We need to have a zero tolerance attitude toward Palmer amaranth in Ohio. An important component of this, in addition to the steps outlined above, is scouting of soybean fields in mid- to late-season for the presence of Palmer plants that have escaped all prior herbicide treatments. This can be accomplished a number of ways: driving by or around fields and scanning with binoculars, use of a drone, etc. Any Palmer plants found should be first checked for presence of mature seed — small black seed upon shaking or crushing of seedheads. If there are none, cut the plants off just below the soil line, remove from field and burn or compost. They can re-root and re-grow enough to still produce seed if left in the field. Where plants have mature seed, our suggestion would be to first cut off and bag seedheads on site, prior to removal of plants. Or possibly drive into the field, and put them gently into the bed of a vehicle. Avoid dragging plants with mature seed through the field. We assume that Palmer plants would not be evident in corn fields until seen from a combine cab during harvest. When in doubt, get help with identification and avoid contaminating combines with Palmer seed, rather than just harvesting through anything and hoping for the best. Contact us at any time for help with identification or management advice. 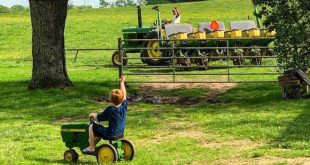 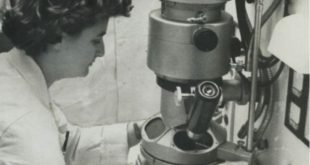