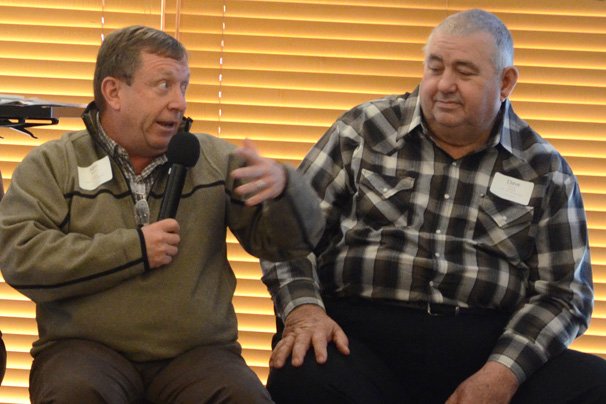 There was plenty to discuss at yesterday’s Ohio No-Till Conference. Slugs have been a long-time problem in no-till and Kelley Timon discussed strategies for controlling them, including some initial research on the role of cover crops. Bill Haddad talked about the importance of managing weeds to prevent resistance problems from developing and a panel featuring Dave Brandt, Neil Badenhop and others addressed these and other issues. Jim Hoorman covered a broad swath of reasons for cover crop use and discussed how encouraging hawks and owls on the farm can be one of the best ways to control moles and voles. Les and Jerry Siler also talked about how they are tackling problems with cyst nematodes.

Here is more from some of the presenters:

Dale Minyo speaks with Dave Brandt on No Till, cover crops, and their combined value.

Dave Brandt Covers And No Till

Jerry And Les Seller No Till Farmers Of The Year